4 Mobile Technology Developments to Expect in 2012 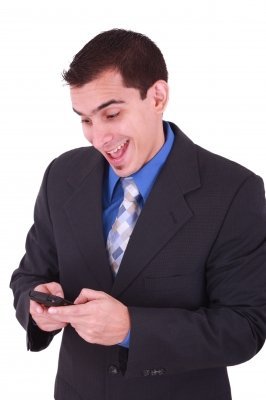 With the end of 2011 upon us, it’s time to consider what might happen “mobile-wise” in the upcoming year.

The possibilities are endless. 2011 saw the introduction of several new mobile technologies, some of which could have sweeping effects on the mobile industry at large. The arrival of these technologies to the marketplace – not to mention some recent announcements from big players in the tech sphere – may even offer a little taste of what we can expect in the months to come.

So without further adieu, here are four mobile technology developments to expect in 2012 and beyond:

When Apple quietly discontinued its popular white Macbook earlier this year, it signaled the end of an era in consumer-grade personal computers. In place of its simplest laptop, the company will just sell the iPad – and only the iPad.

Not in addition to the Macbook, but instead of it.

Apple apparently believes that tablets will effectively replace less expensive laptops in the years to come. And they’re not the only ones who feel this way.

With this year’s introduction of Amazon’s Kindle Fire with its super low price point, it’s clear that both of these industry leaders envision more tablets in the hands of more consumers in the near future. Those who otherwise might purchase laptops strictly for personal use will likely be purchasing tablets instead.

Adobe’s announcement that it will no longer pursue Flash development means we can all get ready for more HTML5 just about everywhere we look.

What does this mean for the casual, non-techie mobile user? Not much. HTML5 is simply the latest evolutionary stage of user interface development. However, it’s big news for developers. Having confirmation that HTML5 is, in fact, the future of consumer UI means more creative professionals will be able to get their apps and software to market without worrying as much about differences among platforms.

Expect a more “app-like” experience when accessing the Web on all your devices – not just your phones and tablets.

Now that Facebook has finally admitted that it’s planning to enter the mobile device market, look forward to even eater integration between mobile devices and social media platforms than ever before.

If you’re wondering what exactly Facebook has “up its sleeve,” so to speak, the answer is that nobody really knows. At least not for sure.

What’s certain is that other big players in the mobile technologies sector will have to evolve and adapt depending on what Facebook comes up with.

With the iPhone 4s’s introduction of Siri, its smart and sassy voice recognition app, expect competitors to start releasing similar applications of their own.

Early reviews of Siri have been largely positive. While there are certainly some kinks in the technology for Apple and others work out, the overall warm reception of Siri means that things like voice search and recitation of emails will become less the exception and more the norm.

I’ve just mentioned some of the upcoming technology trends for 2012, what are other mobile technology developments that you think will surface in 2013 and beyond? Please share them with us.