A new breed of 4G Smartphones emerges at ICES

The International Consumer Electronics Show (ICES), the giant and conventional gadget manufacturer meeting that wrapped up last Friday was an amazing event according to the report live from the event. There are lots of gadgets on display by different manufacturer all across the globe — gadgets ranging from head mounted headphones to phones and computers are on display at the event. But the event brought some couple of frustrating news for Sprint and AT&T customers who bought a new cutting edge 4G smart phone last year. 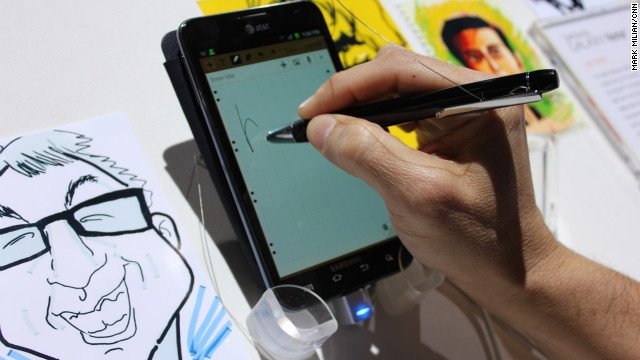 The problem is that, the phone will soon be outdated.

Sprint Nextel and AT&T Mobility were the two companies that unveiled some of the first smartphones that will tap into their new – and faster fourth-generation networks.

Sprint has been talking about the idea of launching its 4G network since the launching of previous one back then in 2008 and followed by its premier phone, the HTC‘s Evo 4G, last year. And on the other hand, AT&T started adding the short word “4G” to all the names of its smart phones early 2012.

And now,  the two of the largest U.S. cellular carriers, AT&T and Sprint are working hard on yet another 4G system. The two mobile carrier giant will have LTE which is known as Long Term Evolution, and it was made available to compete with Verizon Wireless’s version which was launched more than a year ago.

T-Mobile USA says it has 4G, that is very similar to the AT&T’s old 4G service, but the top carrier hasn’t talked about plans for the 4G LTE deployment.

Since AT&T and Sprint have already exhausted their usage of 4G in marketing, it’s unclear how they will explain to customers the major investments they’ve made to have the latest network technology.

And now that AT&T and Sprint have already used-up their usage of 4G in their marketing – it is uncertain how they’ll explain to their customers the major investments they have made to produce the latest network technology.

“I don’t think the majority of our customers understand the monikers,” Glenn Lurie who is an AT&T executive said in an interview at Consumer Electronic Show 2012 in Las Vegas.

Fared Adib, Sprint product chief declined to comment about the company’s marketing plans. In other development, Lurie, who serves as an AT&T’s liaison to the Cupertino based giant, Apple, also declined to comment on reason why Apple refused to adopt the 4G carrier in the iPhone 4S – which uses the last year’s HSPA+ technology that was described as 4G network by AT&T.

“Forget the G’s for a second,” Lurie said. “What it’s called doesn’t matter.”

however, Verizon Wireless has emphasized more on the speed enhancements that its version of 4G offered, and it refers to the network as 4G LTE, instead of just calling it 4G, to differentiate it from competitors, said David Small, Amazon’s technical chief for Verizon Wireless. A spokesman said on Friday that Verizon is on track of having its own 4G network to match the coverage of its 3G network service by 2013.

Last year at CES, Verizon hosted two large news conferences and operated a huge sales promotion booth to promote the official launch of its 4G network. But this year was different as the company kept a low profile at the event.

At CES, AT&T announced eight new LTE products, including smart phones and  tablets. And the world’s first LTE based Windows phone known as the Lumia 900, and it will arrive in March this year, Nokia wrote in a message to partners on Friday.

“We use this as a way to kick off the year,” Lurie said. “CES is becoming more wireless-centric than ever before.”

In the meantime, the loss of AT&T’s bid to acquire the top mobile carrier was said to have been affecting the company but Lurie said that it is a lie that it affects the company’s operations. The 1st 4G LTE phones for AT&T hit the stores last year in November, before the break-up with T-Mobile was announced.

Sprint announced three new gadgets at CES including a Samsung phone made from recycled materials, a portable wireless hotspot, and the Galaxy Nexus that came from Samsung & Google partnership.

Steve Elfman, Sprint carrier’s network operations president, said in an interview that Sprint’s new 4G LTE network is going to equal and even surpass its older, and slower 4G network at the end of this year. And the company will stop the selling of its devices that are running the old 4G network and it will as well turn off access to that network in 2015 as estimated.

“The ecosystem is going to be larger in LTE,” Elfman said.

Not only will it be larger, but this 4G is likely to remain king for so many time.

An ultimate review of the online video editor – FlexClip

Videos are great ways to get people talking. They attract likes and social media interactions. We often wonder then how to make...
Read more
Biz Branding & Customization

In an effort to respond more quickly to changing customer demands, companies are moving further away from durable development cycles. In light...
Read more

An ultimate review of the online video editor – FlexClip

Videos are great ways to get people talking. They attract likes and social media interactions. We often wonder then how to make...
Read more
Biz Branding & Customization

Mobile apps are everywhere, from traditional fields like commerce to the novel industries such as the Internet of Things. However, for a...
Read more
Video Sharing

Aren’t you just tired of being left out from the rest of the world, blocked out from accessing some of the greatest...
Read more
Load more