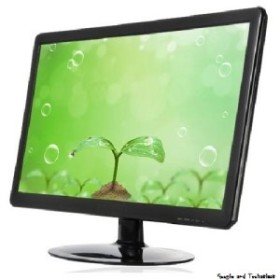 Buying a used computer can make real financial sense, especially when you think about the short lifetime of devices, and the fact that there are always newer models coming out.

Generally speaking, a new laptop will cost in the range of 1500-2000 dollars (including a warranty and computer support package), and it will only be useful for around two and a half years.

It is possible to spend less than half that money for a device that will last for only a short time less, and that means considerable savings. Buying second hand computers or laptops is not as difficult as many people may think.

There is little that can go ‘wrong’ with modern PC and laptops, and let’s face it: the laptop has essentially replaced the desktop of the past. Here are some essential pointers when buying laptops from the used marketplace.

New models of computers are coming out all the time. Apple Mac laptops are a perfect example of this. Whenever a new model comes out you can always expect a high number of previous models to be for sale. Due to high levels of competition on those trading sites, you can expect to get real value for money.

2. Look at the keyboard and the trackpad

The age of a computer does not always define how much it has been used. For example, someone may have had a device for a year, and only used it for surfing Facebook and sending emails. Another person might have had the same device for 3 months, and they used that device for their primary income as a video editor. The latter will have actually used their device many times more than the previous. Looking at the level of wear on the keyboard and especially the trackpad will give you an idea of how much the device has been used. If the trackpad and keys are showing real signs of wear, you know that device is to be avoided.

3. Ask the seller about the history

It may sound a little obvious, but it does make real sense to talk to the seller about the history of use. This is why buying from personal sales is always a good option. You are looking for a device that has not been moved around much, and a device that has been used with care. The person and the way they present themselves is often a hint to the way they look after their things.

It is important you understand the minimum requirements of use for the lifetime of the device. Newer operating systems, such as Windows 8, will require more processing and RAM power. While these requirements will not increase in huge amounts, the amount newer operating systems and software packages need is fairly predictable. For example, as it currently stands, it is not worth buying a machine that does not have over 2ghz of processing power and 2g of RAM. Make sure you can upgrade your RAM, and remember faster hard drives are very cheap to replace.

Refurbished computers are second hand computers that have been brought back to new specifications. This means they have been thoroughly cleaned and any parts that do not meet minimum requirements have been replaced. Refurbished devices might not be at bargain basement prices, but they are still considerably cheaper than the latest machines.

Buying a second-hand computer is not what is used to be. Some companies sell computer repairs and support packages for second hand devices (Apple, for example), and there are a number of companies that offer care packages for home use, and they can even be paid on a monthly basis.