A breakthrough aluminium battery that charges your smartphone in 60 seconds! 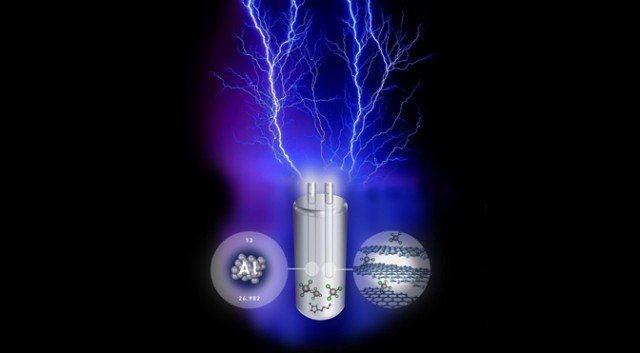 Discover a breakthrough aluminium battery that could charge your smartphone in just 60 seconds.

One of the primary and consistent challenge smartphone user faces is, and will continue, to be battery problem. Even with the influx of high-end smartphones to replace the obsolete ones that we thought has lesser battery lifespan, some users still find it difficult to enjoy mobile phone up to its peak standard.

As highly hyped the Apple iPhone, Samsung Galaxies, and the latest Xiaomi smartphone is, there battery issue still remain the talk of the day – because no matter how effective and power-efficient the hardware gets – the lot of its functionalities are reserved by manufacturers mainly for improved screen displays, faster memory performance, state-of-the-art gaming experience, and some other high-in-demand features.

The future of smartphone battery life looks blurry until recently that my colleagues at Stanford University came up with something that looks absolutely like the answers all smartphone users have been looking for. The discovery is nothing but a Holy Grail kind of solution for smartphone users. It is an ultra-fast-charging aluminium battery that can charge your smartphone within just 60 seconds.

And one other upside of this new aluminium-powered-charger is that it could be manufactured in bulk on a large scale basis if there’s good budget on ground.

When asked about the new technology, the Stanford University’s professor of Chemistry, Hongjie Dai, said in an article.

“Our new aluminium battery does not, and will not catch fire, even if you drill or make a hole through it”

The new rechargeable battery was inspired to render existing storage devices such as the lithium-ion batteries, which infrequently burst into flames, and alkaline batteries, which is totally working against our health and our environment especially now that everyone is working towards a greener environment because of global warming.

The aluminium-ion battery contains a negatively charged (-) anode and a positively charged (+) graphite cathode. Researchers placed those two items inside a flexible polymer-coated pouch with an ionic liquid electrolyte during the testing.

We think you may like this: Finally! – Apple’s Hydrogen Fuel Cell Battery Plans Uncovered

Aluminium has always been useful material for battery design, but it has been too complex to work with. It’s easy on the pocket, not combustible, and could possibly have high capacities. However, the challenge up to this stage is developing the right equipment that could repetitively generate enough voltage after several cycles of charging and discharging.

As we all know, the lithium-ion batteries we have today takes several hours to charge and it doesn’t take long to discharge upon use. Due to some of the recent technological advancements, phone manufacturers like HTC and Samsung have gone ahead in developing burst methods that give you 25% (25 percent) of original battery life in just 15 minutes of charging it, and it also parched in a new slow-burn, which serves as emergency efficient modes to make it last longer by using extra time out of the last few percentage points of battery life. But, one of thing I noticed which makes this aluminium-ion battery prototype better is, its “unequalled charging times” – lesser than one minute. Wondering how possible? Please don’t – it is #TECHNOLOGY!

In fact, it is going to be a powerful selling point.

In addition, the researchers conducted a test for this new prototype, they charged and discharged the aluminium-ion battery 7,500 times without loss of power, compared with 1,000 cycles or less of what we have today.

The researchers said that, in addition to phone batteries, the aluminium-ion battery could also be used as storage means to store up additional capacity in renewable power grids, and the 2-volt output could an alternative replacement for 1.5-volt AA and AAA batteries which has been destined to be thrown away after use.

The last hurdle is that the voltage, according to the researchers, is just about half of what your smartphone needs to charge. As far as this aluminium graphite battery charging prototype is concerned, they cannot manufacture it yet, until this is resolved. We are hoping they get this done soon so that we could all start using our smartphones to their fullness.

What do you guys think about this new aluminium battery charger? Hit me up and let’s start talking…