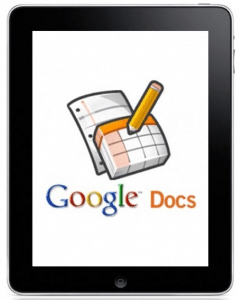 The Android Google Docs app has been gifted with new update today which will allow users to collaborate while working documents in real-time using their android phones or tablets.

This newly released real-time collaboration feature has been previously released only for those who were using Google Docs online tool on their computers, but now, is the time for Android phone users. Just like my own Guest Posting Request form that was hosted on Google Docs, it is in real time mode and now that Android Google Docs for Android phones is updated, I can now use it when I bought my new android device in couple of days or weeks now. 🙂

As from this moment, all Android users who are using this app can share documents and immediately see what changes and edits the other users (people on the other side) are making to their shared documents.

This new Google Docs for Android update has also brings about addition of a rich-text formatting toolbar that users can easily use to bold, italicize, and underline text in their documents. Google Docs Android app users now have the power to use the new rich-text formatting toolbar for changing the font of a text, add bullet points to any document, or even change the document’s background color at ease.

The newly updated app will appeal many of the users because of these new changes that has recently been added to it.