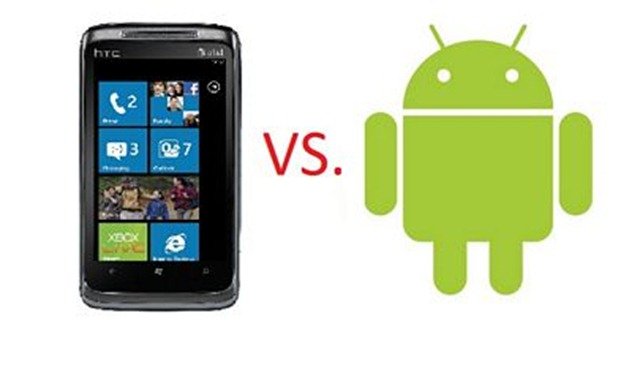 There are many new technologies being invented every day and gadgets like mobile phone are something which has changed the trend of techie.  Few year back mobile have simple operating systems which are simple and easy but now we have android and window which are latest and support many useful applications. Android have future development tendency in computer world. Android is open source software based on Linux which allows custom screen and creativity. With the brand name Google Android sets are available at price of $100 to $800. There are some differences between android and windows which make customer to chose android phone before windows.

Android vs Windows: The upside and downside of Android and Windows

The Major Reasons Why Android Are Better Than Window Are Listed Below:

When compared with other smart phones windows phone lacks lot of feature which is supported by android device. Option like cut and paste are not present in windows phone, Silver light videos and flash did not work in windows. E-mail inbox unification cannot be done with windows. And these options have made android device customer’s first choice. Android is the only phone which use flash enabled browser.

Android vs Windows – Customization in android has many options:

Windows mobile OS misses option of customization. Whereas customizing option like home screen widget and live wallpapers is common feature of android devices. In windows we can only extend services from share option without installing any new service. Android have multi core processor with 32 GB removable storage.

There are around 100,000 applications available which are supported by android OS whereas windows phone support only 100 applications. Many mobile users need all these android application. So, even if they are windows lover their option shuts at this point. Some of the important application software of android is barometers, GPS, gyroscopes, magnetometers, thermometers, accelerometers. Applications can be developed easily in android without any knowledge of programming whereas window didn’t allow any concept of application development.

Everyday new application knocks market but windows version support version 1 and if user want to upgrade they have to think for higher version than 1. Android have seven version of among which ice cream sandwich and next is jellybean which is all set to be launched.

Windows phone support only GSM network where as android are available in both form that is CDMA and GSM. Many part of world have GSM network but CDMA phone are also used these days very prominently. As android is Linux based OS there are very no security holes. Android systems are protected like PC. In windows OS are not Linux based completely and have many security holes.

There are many attractive features of windows phone but when it come about impression android beats window phone. Some of these most attracting features are live wallpaper and customization option. With latest development of interesting application android phones are on demand. Android is very versatile OS.

So let me allow you to choose now, is it android or windows?