The Angry Birds series is one of the most popular mobile applications of all time. Firing birds into towers of pigs seems to be something that has caught the imagination of the public globally & it is rising day by day. More often than not, when travelling through the city you can usually see someone trying to dismantle that seemingly impenetrable fortress of pigs. Given the popularity of Angry Birds it came as no surprise that the developers of the application, Rovio, chose recently to release an addition to the Angry Birds series. Angry Birds Space is that addition. What could be more fun than fighting off those pesky pigs by firing birds, but this time, in space?

The problem of rapid growth for Angry Birds Space

Evidently this is an appealing concept as the application has been downloaded to over 10 million devices & its increasing. This was the official figure after only 3 days of release, where those figures stand now is likely to far exceed that number, it is quiet amazing & by this we can easily judge how popular Angry Bird is. The number though is interesting as it highlights the urgency of downloading. People have felt such urgency in fact that many people have opted to download the game from unregistered android market’s. 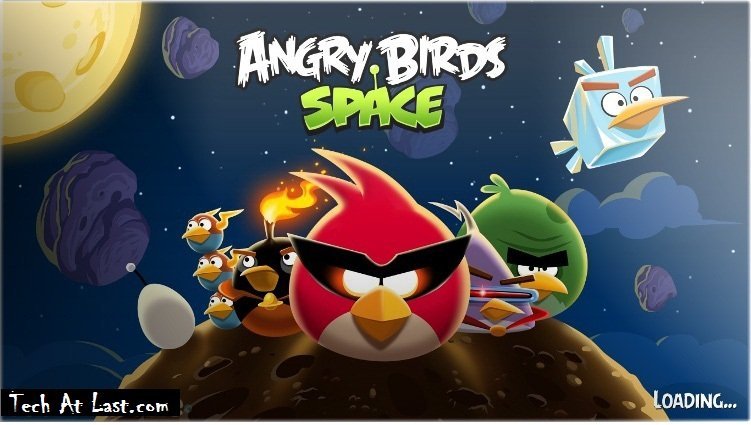 Apps for Android are a fundamental part of the Android mobile experience and this app is no exception. Given that so many people have downloaded unofficial versions, this has led some to suggest malware may be present in those versions. Essential this means, should your device be subject to it that you and your data is at the mercer of the hacker and thereby risking your own digital security. It is worth only registering Android birds from its registered source, i.e. Android Market now known as Google Play, to avoid this. Being such a popular application, Angry Birds Space is a prime target for hackers as they foresee the potential amount of downloads and easily capitalise on that popularity. It is this popularity that facilitates the theft and manipulation of data on an innumerable number of mobile handsets. It is definitely worth erring on the side of caution. You wouldn’t leave your front door open I’m sure? Then why would you effectively do something similar by downloading an unofficial version of an application thereby risking your digital security? So it’s better to wait and download the game from trusted sources, instead of falling into the traps made by hackers by downloading the game from unregistered sources.

What do you think? Are you concerned about cyberhacking, have you downloaded Angry Birds from an unregistered source, have you even been subject to hacking? Let us know in the comments below.
Follow +Olawale Daniel on Google+ for more updates.