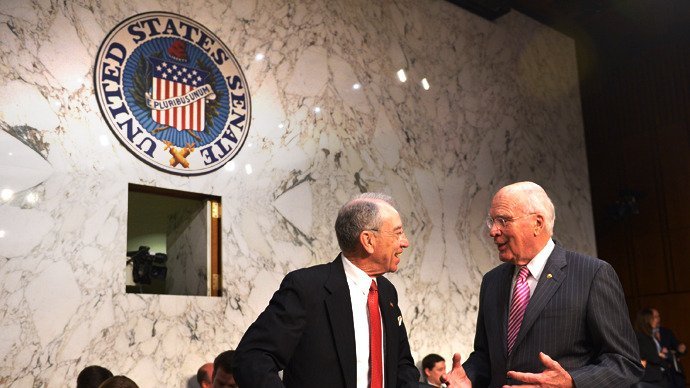 CISPA – Cyber Security Intelligence Sharing and Protection Act is a controversial cyber-security bill which had been in the US senate for quite some years now. The bill is about making corporations share individual’s personal information with the government a measure taken to combat cyber attacks.

Most corporations and individuals have been kicking against the CISPA bill, but last week, it got approved by the house.

The opponents are not sitting; they are strategizing methods for fighting back measures against the CISPA law. The hacker group anonymous, advised sites to go black out in protest, about 900 sites went black out as advice by Anonymous.

Apart from various privacy groups, President Barrack Obama also opposes the bill and threatens to veto it in its current form.

The CISPA bill was sponsored by, Reps. Mike Rogers and Dutch Ruppersberger, it seeks to remove current restrictions that prevents them from sharing and mining user’s sensitive information with the government.

The CISPA supporters were of the opinion that the bill is important to protect the US against cyber attacks from rival nations like Iran and China, but the opposition such as the Electronic Frontier Foundation is of the opinion that CISPA essentially means overriding the relevant provisions in all other laws – including the “privacy law”

CISPA should be of greater concern to you

When the CISPA law takes effect, your communication service provider “would share your emails, text messages and voice conversation with the government.” Your cloud storage company is not an exceptional, all your personal files stored in their cloud are no more private, and the government can now peep into your ass.

The American Civil Liberties Union joins the Electronic Frontier Foundation to oppose the CISPA bill revealing that, credit card information, health records, and other personal information will be accessible to the National Security Agency (NSA) without consulting the archive companies for approval, all in the name of investigating foreign attacks.

Companies like Yahoo, Google and Microsoft are few top tech companies that support the bill. Facebook is one of the tech giants that revoke support for the CISPA.

CISPA could scale through the senate vote and decision, the White House also has it says and president Obama is not a party to the bill. The bill faces doom of the white house as Obama threatened to veto it in 2012, or at worst, it pushes it to further month of debate and deliberations in the house.

Got any contribution, spill out what you think in the comment section below.