Reports from AllThingsD authoritatively claims that Apple has confirmed it has found some problems in relation with its latest iOS that are causing some battery related issues.

In his statement which was made directly to AllThingsDigital, the company said:

“A small number of customers have reported lower than expected battery life on iOS 5 devices. We have found a few bugs that are affecting battery life and we will release a software update to address those in a few weeks.”

Apple said that some of these issues that are affecting iOS is being reported on the web surround location services being on constantly, therefore, causing your battery to drain. The technology giant continued by saying that the new notification system is another thing that causes iOS5 problems which in one way very similar to Android’s battery.

However, Apple Inc. didn’t disclose what the specific “problems” that are causing issues on all the iPhone devices running iOS5.

However, the accumulation of all apps sending on-going notifications and location checks might be the real cause of this. It now shows that most applications now check our location for one or two reasons.

In Apple developer’s submission guidelines, any intending developer must use a location for an actual purpose or the feature of their app. Maybe this will makes the company to start becoming strict on this.

In case you want to make your phone battery lasts for a very long time before the updates is available for your phone, you can turn off the Location Notification Services completely, or by doing it from application to other applications on your iPhone device. Then go to the Settings>>Location Services>> on your device and turn it off. 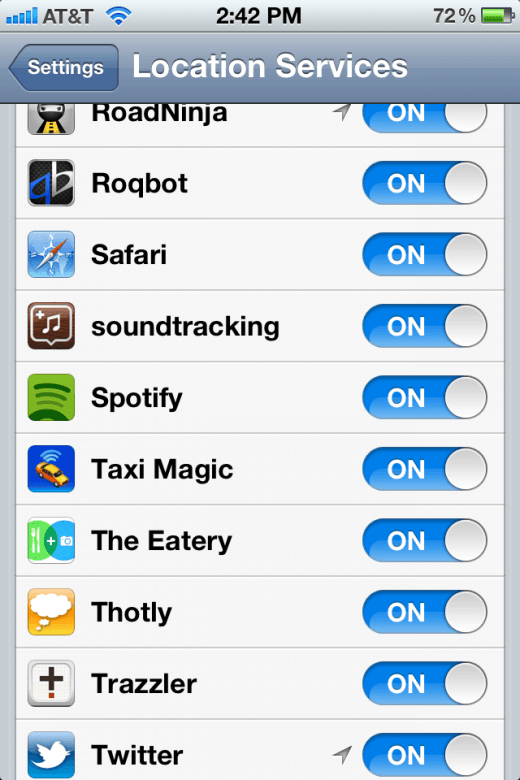 It is very true that turning-off your iPhone device notification and updating of stocks can help you a lot in saving your iphone battery from draining.

For the benefits of the developer, Apple has just released iOS 5.0.1 Beta, which addresses most of the battery issues for now before they come with the final solution to all the iOS battery issues.