The 3rd generation of iPad, known as iPad 3 will soon be launched and it is believed to be next year Feb. 24. Recently

It was believed before that Apple iPad 3 was said will be available in March 2012 but the new developments proves that it is not that way. The device will be released next year February. According to the news we got from 9to5Mac, Apple is going to launch the iPad 3 exactly on Steve Jobs’ birthday which will takes place on 24th February. They’ve have received this info from Focus Taiwan. 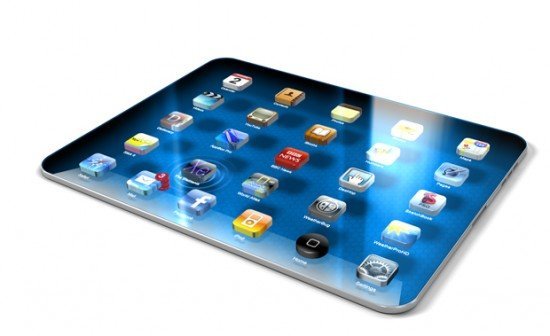 1 Year Old Baby Tried to Read Newspaper like an iPad, then failed -so funny

On the other hand, Catcher Technology, the iPad 3 case manufacturer, has also confirmed it that some of its employees will have to work overtime during the coming Lunar New Year holiday in order for them to meet up with the iPad 3 launch deadline.

Normally since its inception have been launching their products on Fridays and it is believed that the official launching of the iPad 3 is going to fall on 24th February which is a Friday.

Recently CNET has reported that iPad 3 will feature QXGA 2048×1536 Retina Display and the production of QXGA Retina Display has already started by iPad 3 display suppliers. They have received this information from Richard Shim, an analyst at DisplaySearch. It’s a good news for the iPad lovers those have been waiting for retina display enabled iPad since Apple has launched retina display enabled iPhone 4.

9to5Mac on the other hand also confirmed it that it has discovered a piece of code which is named J2 in the iOS 5, which confirms it that iPad 3 will certainly come with the QXGA Retina Display. According to the reliable sources, the third generation iPad will feature a quad-core Apple A6 chip and an improved battery. It will provide advanced battery life than the 2nd generation iPad. But you will have to wait till 24th of February next year to buy the Retina Display enabled iPad 3.