This is the best time for the United States president, Barack Obama to start his 2012 presidential re-election campaign in order to make him return to the White House after the election. Last time when we published an article about the president action in using Twitter to launch his next year election ambition and months after that, we published another article where the president also shift his attention to the Foursquare social site.

So, now the move is Google+, the official Google.com’s social media website launched few months ago.

The rate at which Google+ is developing everyday shows that there’s a potential for the president to launch his campaign on the site. And it will also help him win the heart of many for him to be re-elected as the president of the United States of America come next year. 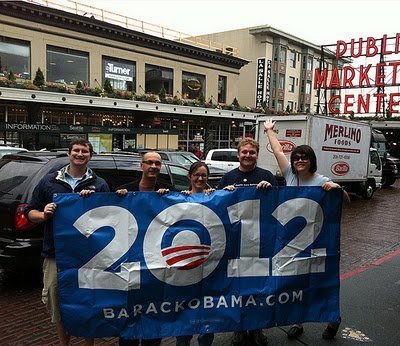 President Barack Obama has quietly launched his Google+ official page on Wednesday using this to build his reputation as the one and only social media President ever in the history of the United States.

Meanwhile, during the last presidential campaign in 2008, he used social media websites such as Youtube, Twitter and Facebook too, in which he was able to build a movement of people who made it possible for him to overcome McCain’s strong campaign challenge.

Recently, I was privileged to attend President Barack Obama’s Google+ hangout where he answers people’s questions and takes advice from the audiences.

I think his kind of president is rare if we are to look everywhere around the world where it is very hard to speak with our leaders face to face. Maybe, because the United States is a big state!

Now that President Barack Obama is a Google+ user, are you going to add Barack Obama to your Google+ circle? Let me know what you have to say.