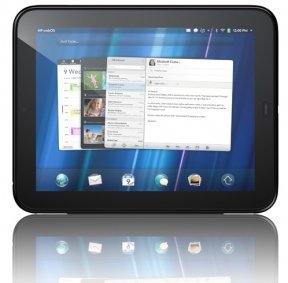 It is now true that Best Buy will be giving their customers access to purchase a 32GB model of HP TouchPad for $149 as long as they can buy any HP computer at the same time they wanted to purchase the device.

The deal has started since November 1. This move makes many to wonder and even becomes more curios to know where exactly these products are coming from!

It has been few months ago when we’ve experienced the TouchPad Fire Sale madness, so shouldn’t supply channels have dried up already since then? According to a report from TechCrunch, one of HP’s own employees had to go through stress to get their hands on one, and now the products are back in circulation?

As it shows, these leftover TouchPads might be as a result of a last minute production run that was meant to clear supply channels out of end-of-life components. The estimates for total number of TouchPads ready for sell at this ridiculous offer ranges between 100,000 and 200,000, but it is unknown whether or not Best Buy will be getting all of them.

It seems this is probably part of the pre-holiday promotion to drive more computer sales. I can’t really blame HP and Best Buy for trying to make a few bucks off of a loss leader like the TouchPad, but it seems unfair considering some early bargain-hunters had their orders abruptly cancelled.

For those of you thinking of jumping on the deal and returning the computer later, be warned that your advantage may vary. So act wisely.