Last two months, Athena IT Limited, makers of the Facebook IM apps for your desktop, iPhone and Blackberry released a version of their Facebook chat app for your web-browser.

Despite initial cynicism, this new Facebook web messaging app has gained a number of highly positive reviews on a number of notable websites – including Smashinghub and as such, is starting to build a following.

So, if you are searching for tips on how you can send sms online, then don’t bother to look elsewhere than reading this article on how you can chat on Facebook with this app. 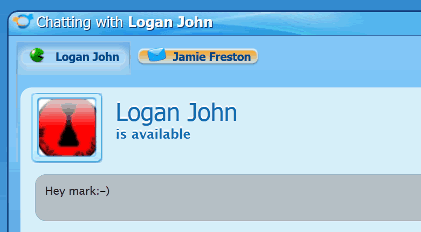 In all honesty, it’s not entirely surprising the desktop application is reported to attract 10,000 downloads each day and it’s rumoured that their Blackberry app achieves around 1000 installs a day. So, Athena IT Limited seem to have a track record for not only developing great apps, but also in attracting users to their instant messaging tools. 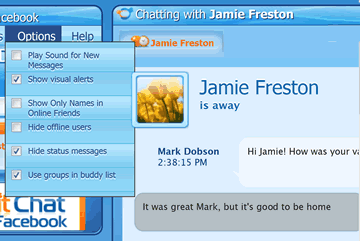 Having said that, no other web messaging client that I can think of has been developed exclusively for the Facebook chat platform – other than of course Facebook.com. Indeed, Facebook chat has tended to supplement the existing multiple network messaging services. Therefore is questionable as to whether there is demand for a great dedicated Facebook chat web messenger. We think there is for the following reasons:

1. Much Better At Handing Many Conversations At Once

As such, if you’ve got a lot of friends – and a lot of time – you’ll find Chit Chat Web much better than Facebook.com at handling many conversations at once. In particular, you’ll grow to love the use of the tabs that Chit Chat uses to handle many conversations at once. You can see easily at a glance your friends online status and when messages have been sent that you have not read.

The open conversations “tabs” stack on top of one another neatly once you’ve opened a whole row of Facebook conversations.

If you make use of Facebook chat as a way in which your business interacts with consumers then you’ll find Chit Chat  (Web) particularly useful.

Not everyone has perfect eye sight, myself included, and whilst browsers such as Google Chrome do offer magnification – the Facebook chat font used on Facebook.com is rather small.

Chit Chat offers a larger font and a whole browser Facebook messaging experience. Of note is the ability that Chit Chat (Web) has to hide and show the buddy list whilst chatting.

Moreover, earlier conversations are more easily scrollable within Chit Chat (Web) than on Facebook.com. I find Facebook.com particularly hard when I’m in a meeting and need to reference something that was described within a Facebook chat session.

Whilst speech bubbles are somewhat reminiscent of action hero comic books, they have become increasingly popular as an easy to use mechanism in which to easily show the sender and receiver of messages – at a glance. It’s probably Apple more than anyone else that has set this trend. To be brief, Chit Chat (Web) makes use of instant messages – and we think that it works well with Facebook messages, perhaps more so than for SMS messages on an Apple iPhone.

To conclude, Chit Chat for Facebook (Web) is a free online Facebook chat tool that is available for use now – it works regardless of your operating system on most of the major browsers, including Firefox and Chrome.