Why I Have Ditched My Laptop for Tablets – True Life Story 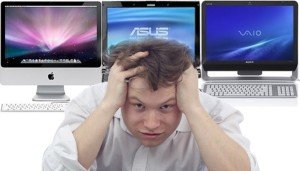 It was 2 a.m., and it felt as though my heart had skipped a beat. I had heard the crashing sound, and knew it could be only one thing. My laptop had fallen. It wasn’t far, just from the height of my desk chair. But there’s a certain amount of anxiety when harm comes to an essential work tool. I immediately grabbed the laptop, opened it up, and turned it on. Things went fine for about 30 seconds, but then I realized that it was stuck for a suspiciously long time. Three minutes later and I’d given up all hope. My laptop was dead. It meant an early morning trip to the Apple Store, because when you work on the web a computer is kind of essential.

If the same thing were to happen to me tonight, I wouldn’t be in anything near that frenzy. I might set up a Genius Bar appointment to see if they can fix the laptop. If they couldn’t, I might not even buy a new one. That’s because for me, the laptop is a thing of the past. These days it’s all about the tablet.

Last year it became evident that my regular old MacBook just wasn’t cutting it for web work. With multiple browser windows, each containing multiple tabs, a mail program, Skype, iTunes, a Twitter app, and more running constantly, it just didn’t have the power. Forget producing podcasts. GarageBand would frequently crash during recording, and would take nearly a half hour to mix down a half-hour podcast. More power was needed.

Once you’re on a Mac it’s hard to switch off, so my choices were few. It was either a 15-inch MacBook Pro, or a 21-inch iMac. While the MacBook Pro would provide me with portability, I already had a laptop. The iMac packed a bit more processing power, had a much larger screen, and was cheaper. And so that became the choice, with the laptop available for times when I needed mobility.

A few months later, Apple released the iPad 2. One of my companies had been eagerly awaiting the day. On the release date, the other two owners and I bought ourselves the shiny new devices. It was only a matter of weeks before I was completely addicted to it, as an entertainment device. I didn’t want to put it down at all. I’m sure many iPad users had the same experience.

Then a funny thing happened: I started using the tablet for more functions. What started as a video and reading device became something I’d use to work while at Starbucks or on the train. I started downloading business apps, including a documents suite. A few months later I realized something. I hadn’t used my laptop since I got the iPad.

Anything a laptop can do… 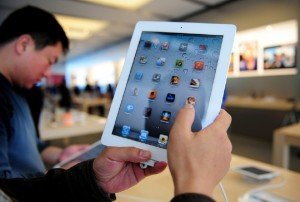 At that point it occurred to me that there was little I could do on my laptop that I couldn’t do on my iPad. At first I thought writing might be difficult, so I bought a Bluetooth keyboard. As it turns out, I hardly use the thing. The on-screen typing leaves little room to see what you’re typing, but the interface is great. I can’t tap out 120 words per minute or anything, but it’s not a real hindrance. Even if it were, the Bluetooth keyboard is small and easy to transport — it even folds in half.

Then we get to apps. Essentially, if there is a Mac app, there is an iPad equivalent. It might be the exact same app. For instance, there is a highly functional version of GarageBand for the iPad, and I’ve used it to record podcasts with better results than I realized on my MacBook. The mail app can handle multiple accounts and inboxes, so I can use both my personal and work email. Dozens of instant messenger apps connect me to various services. It’s all there, and it’s all easy to use.

Perhaps the best aspect of the iPad is the Safari browser. It’s quite powerful, much more powerful than I’d expect from a tablet. It can render essentially any site in its true web form. I’ve done it all from the browser: commented on blogs, descrambled my hand in Words With Friends, and even booked cheap tickets to CES 2012. The only thing you can’t do from an iPad is visit sites that use Flash. You can do that from an Android tablet, but the experience is pretty poor. The good news is that Flash is seemingly on its way out, to be replaced by HTML5. So tablets have an even brighter future.

While the conversion from laptop to iPad went well for me, I’m not going to pretend that everyone will have the same experience. Here are a few drawbacks to making the switch.

Despite the drawbacks, I’ve found the iPad to be just as effective as a laptop for basic computing functions. It’s not my main work machine — I absolutely need the power of a desktop, as do plenty of web workers. But as a secondary portable device, it beats the pants off my old MacBook. The portability and versatility give it distinct advantages. It’s good to know that tablets have a bright future, and will only get better with time.

I ditched laptop for tablets because of reasons above, anyone else could see that as an excuse, I’m not perfect though! I’d like to discuss and see what your views are? Let’s discuss them below!