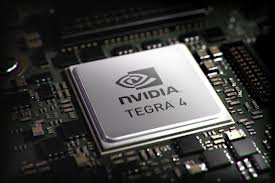 The Consumer Electronic Show (CES) for this year 2013 has kicked off, and electronics makers has started showcasing their products, NVIDIA is a giant in the production of computer processors, and has expected, it has finally announced the fastest processor up to date, the Tegra 4.

The fastest processor is designed to work with portable devices such as tablet and smartphones. The Tegra 4 features 72 custom GPU cores, for higher display resolution and additional gaming experience.

This will be the first quad core processor ever to feature ARM A15 architecture, earlier, it was codenamed ‘Wayne’. NVIDIA claims that this fastest processor renders faster load times on WebPages, up to 2.6 times faster and has the best power saving features, compare to Tegra 3, it consumes up to 40 per cent lesser power. 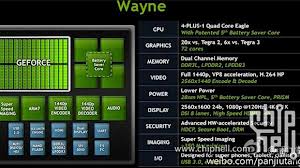 In his presentation, Senior Vice President of Tegra Business, Nvidia, Phil Carmack says; Tegra 4 as the fastest processor gives sufficient processing power and efficiency in the powering of tablets and smartphones, PCs and auto systems, also gaming devices. The new capacity, prominently in computational photograhy, it will help in improving a wide range of existing products and can catalyze the creation of new ones.

Apart from this fastest processor, another product announced by NVIDIA is the Project Shield, powered by Tegra 4 processor; it is able to play console quality games.

One of the factors that make computing easy is speed, and this is embedded mostly in the power of processor, I think NVIDIA with its innovation and improvement is really contributing to make life easy and more interesting in the world of computer and internet. It has always makes a drive to create the fastest processors of all time. Its Tegra 3 was also the best in the last season.

What do have to say about the Tegra 4, the fastest processsor and NVIDIA, the chipset maker?

Hit me your word in the comment box below!