In order to feed the world population of the next 50 years, farmers will have to produce more food than what was totally produced in the past 10,000 years, according t0 Union of Concerned Scientists post.

This means that we need to approach food production and consumption from a more creative angle. New and bizarre practices are emerging, making us rethink the known boundaries of food production.

Things like indoor farming, harvesting protein from insects and getting help from seaweed to stay slim are just some of the recent trends in the food production world.

Looking at the future of food…and how to take advantage. 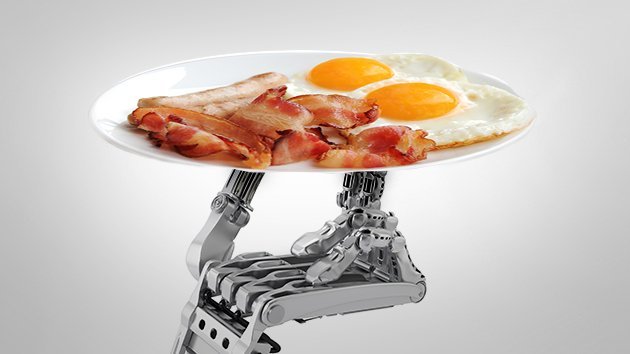 The way we produce and consume food is changing with the help of technology, becoming more efficient and … strange. Some of the food practices of the future bring actual benefits in terms of resource optimization, while others are just convenient.

A few examples to pique your imagination:

As you can see it’s all pretty ambitious and unconventional, but that’s exactly what it takes to ensure development of humanity. Following are some of the practices with the biggest potential to revolutionize our meals.

In the world of tomorrow, even protein production is getting more efficient. In most cases people get their protein from meat and eggs, which of course come from animals, but there is an alternative that requires much less space and resources while delivering much more – protein from insects.

There are already dedicated insect farms, with the largest one being in Toronto, housing more than 30 million crickets. Hundreds of crickets live in boxes called “cricket condos,” taking up less space than any livestock, but still being incredibly protein packed.

A gram of cricket holds more than twice the amount of protein of a gram of beef.

Crickets are rich on vitamins and iron, which makes them an incredibly efficient source of energy, but they are also more sustainable and easier to take care of than regular livestock.

Preparing insects as food is also getting more clever. Ground out insect flour can be made into biscuits and all sorts of other tasty treats, completely destroying any taste concerns. 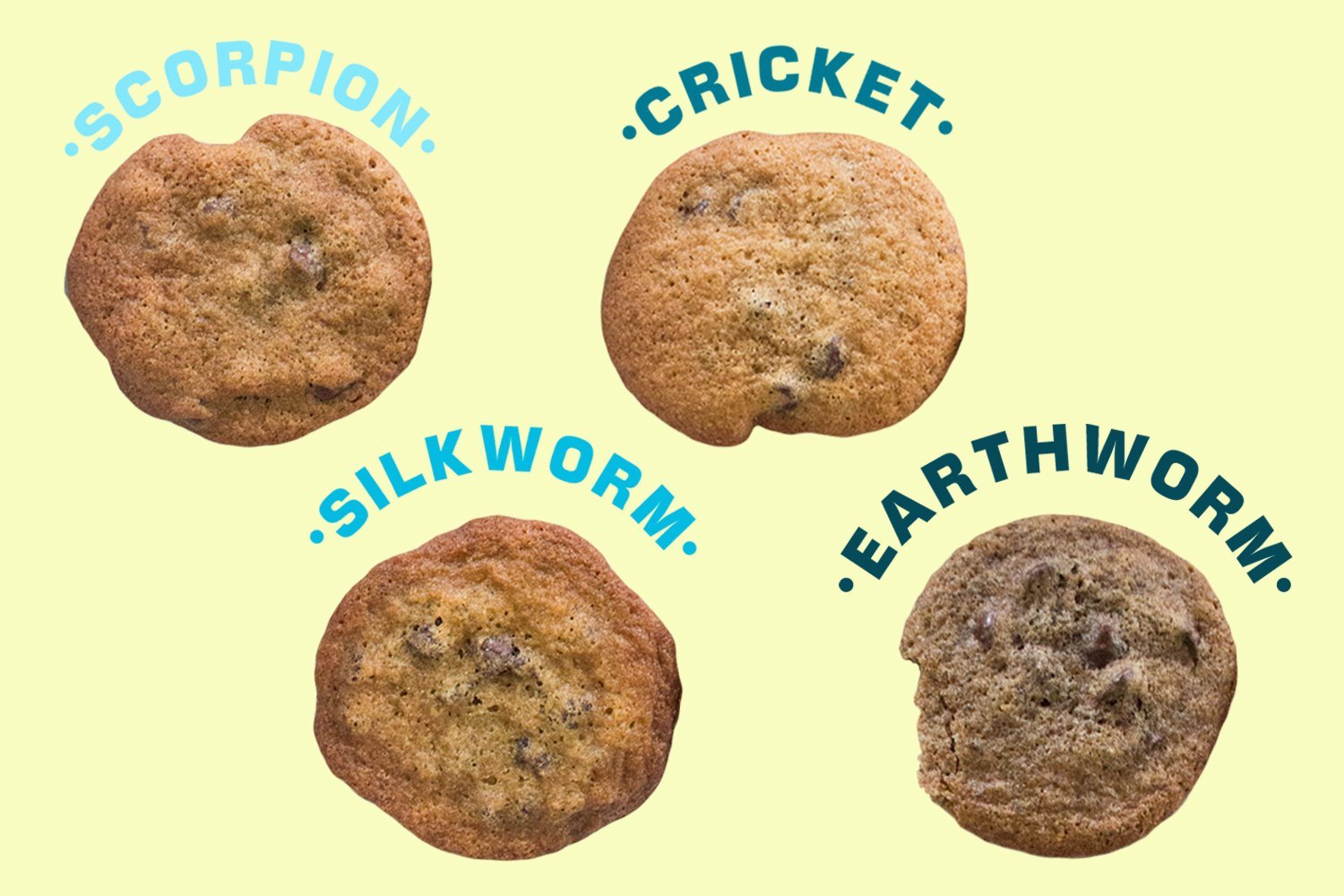 Eating fat-rich food and not gaining weight might not be just a dream any longer. Scientists claim that some types of brown seaweed can help the human body absorb parts of the fat it consumes. The seaweed contains a harmless chemical called alginate, which can be used to make dietary supplements and foods. 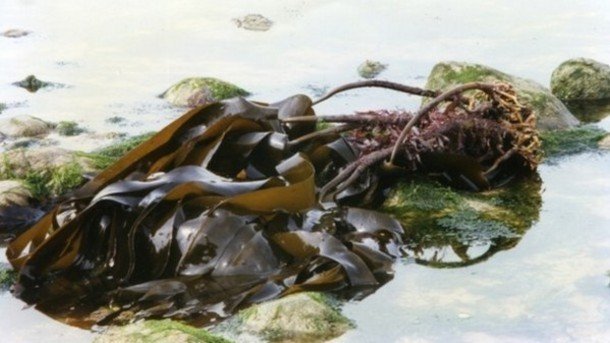 Specifically, the plant has the potential to reduce the amount of fat the human body digests by 75%, which in turn leads to less fat absorption.

The scientists behind the research have shared that they’ve added alginate to bread and the results are looking very promising. Even the smallest dosage added to the bread lead to a 25% drop in fat absorption!

Considering that there are about 2.1 billion people around the world that are either overweight or obese, and there 3.4 million adult deaths related to obsesity each year, we can understand that the potential of such a discovery is tremendous.

The issue is especially alarming among the youth.

The Farms of Tomorrow

Farming is not what it used to be and is now brought closer to high-tech engineering than to rural and muddy images of open fields. New practices in the field, such as vertical farming, enable us to produce better food with more efficiency and smaller environmental footprint. 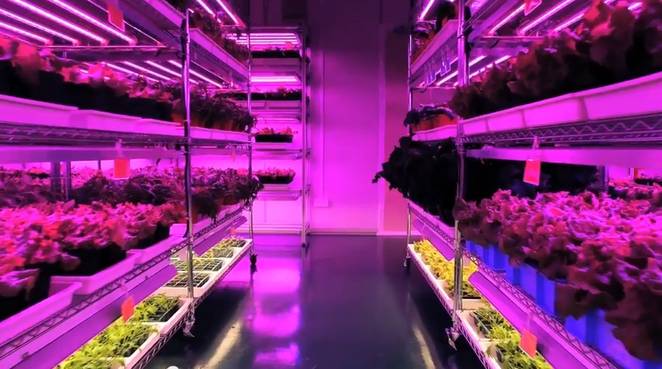 Vertical farming makes use of closed spaces, where the plants are given optimal conditions in order to grow fresher and tastier. This method uses much less space than horizontal farming and relies on aqua and hydroponics, which means that the plants are grown not in soil but in special nutrient solutions. Furthermore, constant innovation from full spectrum LED grow lights manufacturers provides the edge vertical farms need in order to properly stimulate the growth and quality of the produce.

There are numerous other benefits to vertical farming:

Estimates are that the vertical farming market will grow to a worth of $3.88 billion by 2020.

Robots in the kitchen

Cooking is among the latest fields to be revolutionized by automation.

Just out of Shanghai there is already a restaurant operated almost entirely by robots. The waiting of tables and preparation of food are fully automated, leaving only the tiniest tasks to actual humans. 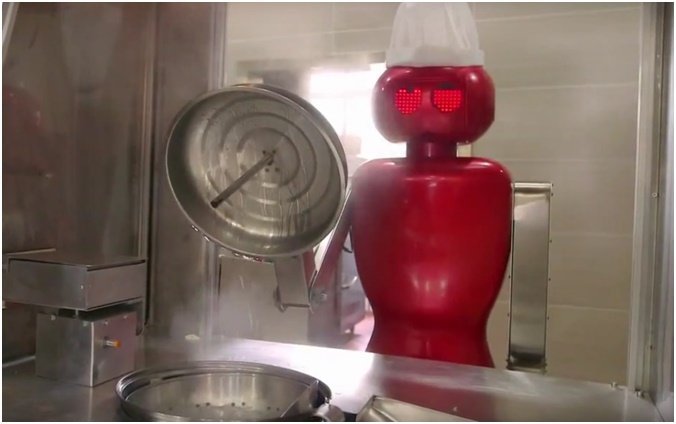 Robots are coming closer than ever to becoming usable in our daily lives.

Moley is the world’s first robotic kitchen, a cooking device beyond any other, having the ability to mimic any pre-programmed human movements with utmost accuracy. This enables the user to enjoy the cooking skills of any world famous chef with just the push of a few buttons. You can learn more about this housewife’s dream by watching this video. 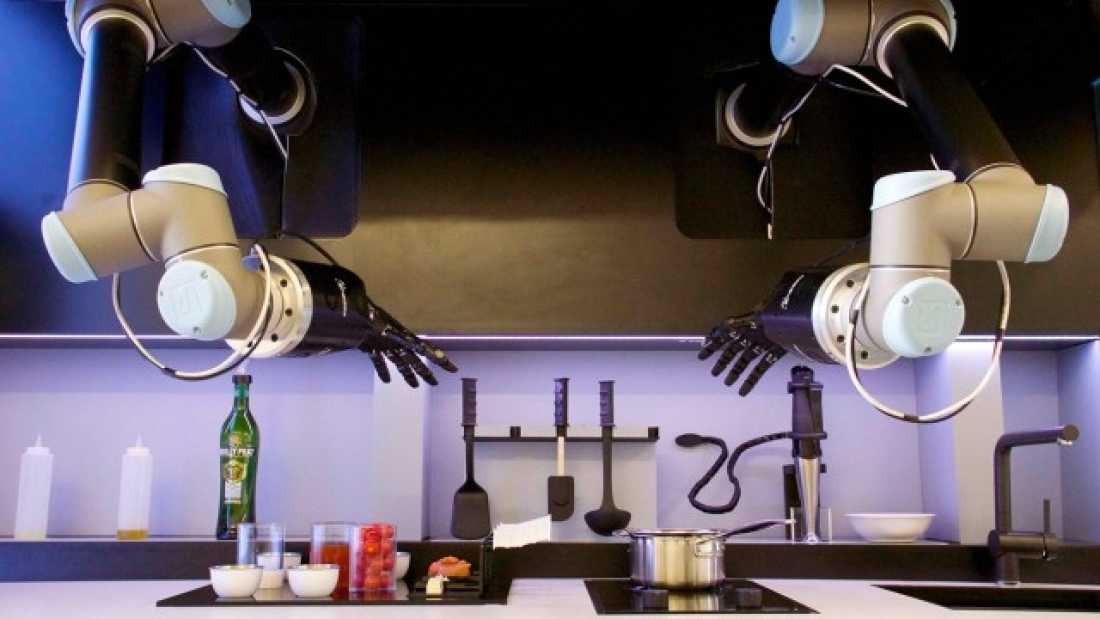 In 2017 the company is hoping to release an improved version, featuring tons of cooking recipes, a dishwasher and a fridge all in one. Naturally the essence of such a product would make it quite expensive but the uses are quite appealing.

Science is bringing equilibrium to the world slowly but surely, helping us fight obesity but also enabling us to feed those that are starving. Producing, distributing and consuming food is advancing, making everything more efficient and sustainable with the help of technology.

Imagining a future where we can feed everyone with tasty and organic food, with minimum efforts and maximum efficiency might not be too much of just a dream.

Luis Rivera
Luis has 20+ years of experience in global market expansion, business development, mergers and acquisitions, business re-engineering, finance and investor relations of software companies. He is passionate about technology, spectral science, indoor farming, food production, automation, and more. Since 2015 he is the president of Advanced LED Lights, a leading LED grow lights manufacturer based in Hiwasse, Arkansas. When not at work, Luis enjoys swimming, yoga, as well as growing grapes and flowers in Sonoma, California.