When it comes to categorizing mobile phones, laptops and some other latest gadgets, we need to check how far each can go and, the type of performance, which they gadget can offer to their users. 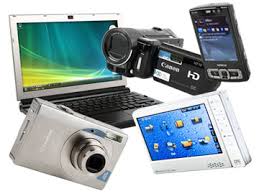 Gadgets don’t last for centuries but they do last for a period of times before new ones are being introduced into the market. That is what makes me review the top 7 gadgets that you won’t see in market latest by the year 2020 if God tarry.

As many are using different form of gadgets everyday to perform their day-to-day business and lifestyle activities, some of the gadgets that are been used for most tasks will one day stops working due to lifespan or due to new ones that are coming in which will certainly turns the formal to obsolete.

Unfortunately, most of the gadgets that are mostly useful today might turn out to become useless tomorrow.

So, here below are the about to be brought down from market gadgets which you wont find available for purchase by the year 2020.

The days when people are spending more than $200 on a standalone GPS device wont last any much longer, says, analysts.

Charles S. Golvin who is an analyst at Forrester (a market research firm) says “Portable navigation devices like those sold by TomTom and Garmin will probably not be sold in 2020, just because mobile phones will have taken on that function themselves and because GPS systems will be standard equipment in cars.”

He continues further saying that there wouldn’t be needs for a product that has only functions to tell you directions of places when the internet tools are freely available like Google 3D Maps. He said that even the demands for this device would likely be from a specific segment of consumers that needs it most.

“Maybe some people could argue there will be a market for some guys climbing the Mount Everest or the long distance truckers or the military, but for the majority of consumers, standalone GPS systems will be extraneous and unnecessary by then,” says Baker.

Most e-reader has already undergone significant changes in their short history, by evolving from just a product that has a single keyboard to the ones with a touch screen. And of recent, it has been integrated into the tablet-hybrid, but according to what Golvin has to say, very soon the market for e-readers will certainly disappear by the end of this decade.

“The tablet and smartphones will largely replace the e-reader in the same way that the iPod increasingly gets displaced by the smartphones,” says Golvin.

“The tablets will take on the e-reader functionality of handling magazine, newspaper and book reading.”

In real meaning, spending money on an e-reader which can only handle reading alone when tablets can do this and more others functions will turn the e-reader useless just like buying a GPS system when there is a technology in place that can do location tracking and others at the same time.

Several of the products that are likely to be out of use by the year 2020 according to Golvin will ultimately be the victim of advances to smart phones, and none more than the feature phones.

Tim Bajarin (a technology columnist and principle analyst at Creative Strategies) predicts by saying that “80% of all phones sold in 2015 will be smart phones and every phone sold in 2018 will be a smartphone.”

He says that this rapid run-down will come about thanks to a drop in prices for consumers and an increase in the revenue opportunities for different carriers.

“Even today, the money that is been made is not on the phone itself but on the services rendered,” Bajarin says, noting that carriers will opt to “fade out” their feature phone option in favor of smart phones with more services.

What are your views to this? Let us hear them below.