Google Maps for Android brings update to 19 more countries, Nigeria not exception. No more getting stocked at Oshodi, your Android will feed you Live Traffic 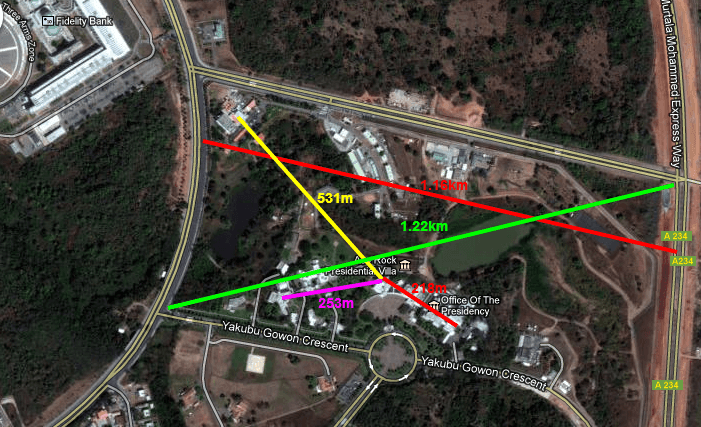 Ibadan, Nigeria: I have been making use of the Google Maps on the web; all I see are just lines that indicate major roads and prominent places around town. I was able to trace Mokola down to Apata (Abeokuta Road). NNPC is a major Nigerian petroleum depot for Ibadan, and it was boldly located. I marveled at this technology, but I am still not satisfied because I have read a lot of articles where I see Google Maps performing wonders. In developed countries, the Maps app traces objects down to street view, and you can also get live feeds on traffic situations, weather, voice turn by turn navigation and transit direction.

In case you have an appointment to meet up somewhere, the Google Maps will suggest to you alternative routes in case of heavy traffic, bad weather or road accident.

This morning as I stumbled upon The Next Web giving story about the Google Maps latest update to 19+ countries, I quickly went to check if Nigeria will be included, and I was happy to find it’s among the updated African states.

Some of the updates now include; Live Traffic information and check-in capabilities.

Android Police reported that Google confirmed a full support for the Google Navigation service which includes; transit direction and voice-guided turn-by-turn navigation on the Android in the following places;

Additionally, Google Maps user in Algeria and Bahrain who already has limited use of the Navigation service will also be upgraded to the full features on Android.

As written by Android police, this Google Navigation update will be the widest on-time expansion ever; other countries may have gotten these updated features also.

Aside from the Maps apps update yesterday, Google also announced launched showcased a public Alert page which it has built for Taiwan, and suspended its location-based social service latitude.

The company pledged to take the location space to the next level when it acquired Waze, the social mapping startup for $1.1 billion.

I am not really sure if the street view will be included Nigeria because most of our streets lacks IP cameras except some major areas of Lagos and FCT.

About Google Inc and Google Maps

Google Inc, established in 1998 is an American multinational corporation which specializes in internet-related service and products. It was first known for its Search, later included other products such as cloud computing, online advertising technologies and software (Android).

Google Maps which was formerly called Google Local is a web based mapping service technology provided by Google Inc. The maps service powers many map based services which includes; the Google Maps website, Google Transit, maps embedded on third party websites through the Google Maps API and Google Ride Finder etc. It also has its application built on most modern mobile devices via their Operating system; Apple iOS, Google Android Windows Phone, BlackBerry etc has the Google Maps app which enables users to locate places on the go.

Google offers the best maps service, last year Apple had wanted to knock Google Maps out of its iOS and replace it by the just launched Apple Maps on iOS 6, but the map made by Apple came out to be a flaw which made Tim Cook, Apple CEO apologize to users and recommended the the Google Maps and others as alternatives until Apple is able to perfect its map app.