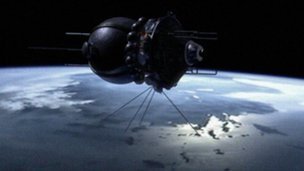 “Let us take the Internet (Web) out of the control of the terrestrial entities.”

This is the call to arms that was issued by a hacker activist, Nick Farr, who is behind a new plan to launch satellites into the space in order to prevent the internet censorship which many have been contenplating over for a while now.  I hope you remember Godaddy and Stop Online Privacy Act issue – they supported the SOPA cause and lost over 72,354 of domain registrations in about a week alone with a record 21,000 domain registrations in one single day. And in order to reduce the number of people and business that are being moved from its service, Godaddy made an attempt to stop users by telling them to written authentication letter before they can move their domain registrations, which even turns out to be the greatest mistakes the company makes during the incident.

But, let’s leave Godaddy’ side and focus on the theme of the article.

Farr is who was a spokes person for a Germany-based Chaos Computer Club. He outlined the group’s mission when he was speaking at the Chaos Communication Congress held in Berlin, Germany, BBC reported. While he was calling for an “uncensorable Internet in space,” Farr outlined that the CCC’s Hackerspace Global Grid is a project that will involve setting up of low-cost ground stations which will help track and communicate with fast-moving satellites all over the world.

The time is now

Farr, who introduced the project and then began soliciting donations from every angle for the Hackerspace Global Grid this summer, said that the project is now a top priority for them because of the SOPA bill (Stop Online Piracy Act), a bill that many people believes could cause a catastrophic effects on the freedom of communication and how people connect to the world of Internet.

“Hackers are all about open information; we believe communication is a human right,” Farr stated.

Farr said that , CCC’s major motive in launching the proposed satellites into the space is knowledge, and the desire to “put humanity back in space in a meaningful way.”

With the support of Constellation, a German based Aerospace Research Initiative, the Hacker Space Global Grid plans to have three prototype ground stations of the project in place by the first half of 2012 will become a success with the partnership of the two team.

Alan Woodward, who is a computer science professor at University of Surrey told BBC that the hackers might not have an easy go of it in his statement:

“Low-Earth-orbit satellites, such as have been launched by amateurs so far, do not stay in a single place but rather orbit, typically every 90 minutes,” Woodward said. “That’s not to say they can’t be used for communications, but obviously only for the relatively brief periods that they are in your view.”

“It’s difficult to see how such satellites could be used as a viable communications grid other than in bursts,” Alan Woodward added.

Woodward explained that there is a legal black hole to engage with, as well because the outer space isn’t governed by the countries beneath it, so while the CCC’s satellites could function as planned, “any country could take the law into their own hands and disable the satellites.”

What do you think about this move? Please share your views below.