iPhone Breaks Easily? – How Did You Break Your Smartphone? 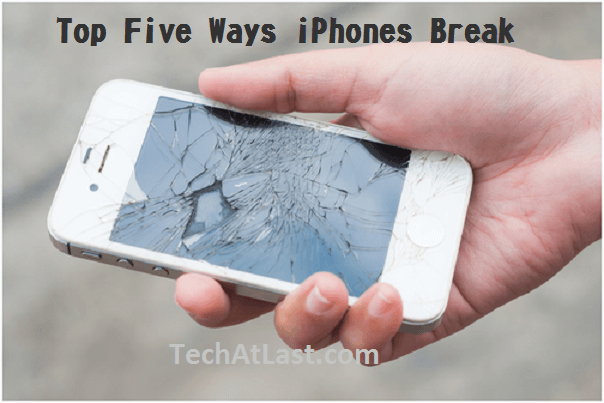 The clamshell design of cellphones in days past were much more protective than today’s smartphone designs with their large, flat screens and thin frames. In spite of protective cases, smartphones still break pretty regularly. PC Advisor reports the average iPhone breaks within six weeks after purchase. So, what are some of the most common and unusual ways people break their smartphones?

According to PC Advisor, these are the most common ways iPhones break:

Comments on forums like MacRumors report a lot more iPhone breakage for models released after the iPhone 4. Elite Daily reports that a drop test of the iPhone 6 and 6 Plus “will break your heart along with the screens.” Apple may have succeeded with design, it says, but not with durability.

Fast Company finds that Androids and iPhones break in the same places around the home. For example, they both fall victim to the toilet 9 percent of the time and to the washing machine 4 percent of the time. Likewise, 6 percent of each are fated to fly off a car roof.

Although most phones break for mundane reasons, there are some pretty unique cases out there. Bankrate interviewed two experts in the distribution of electronics to find out more unusual ways smartphones have been destroyed. Here are some of the best ones:

Clearly, human error plays a huge role in the destruction of cellphones. This being said, it makes sense to shop for a reasonably-priced smartphone like the LG G4 instead of investing in an expensive one.

Don’t Blame Yourself Too Much

Accidents happen. Don’t be too hard on yourself (or your kid) if and when your phone breaks. It was bound to happen anyway. Mine did awhile ago, I forgave myself, and even inspired my colleague to write about his own experience.

The mobile tech news site Pocketnow reminds its readers that smartphones, like other consumer goods, degrade with use. And when you think about it, most people use their phones almost constantly throughout their waking hours. Smartphones have a lot of moving parts that can be damaged by friction, heat and contaminants. Humid environments (like the bathroom) and keeping a phone in your pocket contribute to this risk. So, although you want to try and protect your phone for as long as possible, don’t be too devastated when it breaks.

Does your phone breaks? If yes, did you freak out when it happened? And how did you handle it afterwards? Hit me up.