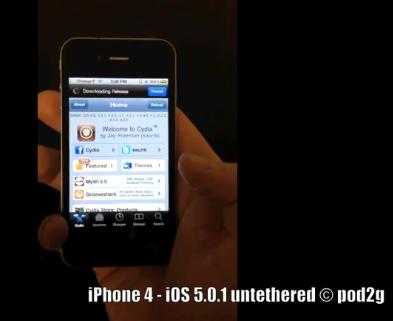 iOS 5.0.1 untethered jailbreak is now ready for prime time, according to what he said.

He also said that it isn’t that easy to jailbreak the iPhone 4S untether because of the Cortex-A9 cache management.

However, the untethered jailbreak will certainly work on iPhone 3GS, iPod touch 3G, iPhone 4, iPod touch 4G, iPad 1 and the Apple TV running iOS 5 or iOS 5.0.1, but, it won’t on iPhone 4S and iPad 2. And presently, there’s no useful details available about the release date for this jailbreak tool.