Apple iPhone 4S india will be out for sale on Nov. 25th, the pre-orders for the device has already started as from Nov. 18 of this month. Seems like Airtel and Aircel , both are strong enough in their announcements , as Airtel and Aircl are the strong logger for this phone as they’ve started the pre-orders for the device exactly last Friday. Now is the time for you to pre-order your own unit of the iPhone 4S and get it delivered to you exactly on 25th of November as promised by the two companies. 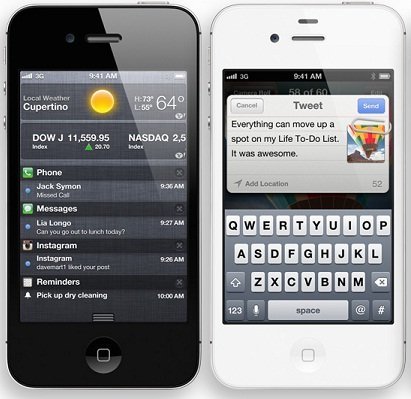 The iPhone 4S india has several features that are comparable to the previous version, the original iPhone 4S . The about to be released device will comes with a dual core processor , a A5 chip that help in improving the speed of the device as well as the graphics display of the device. Also comes with a 8 mega pixels high quality camera, with up to 1080p HD videos recording capacity. The phone will be powered by the iOS 5 operating system (latest Apple iOS ) and the iCloud technology .

However, its 3.5 inches high resolution retina display will enhance your iphone experience by making it easier for you to view and do things on the phone with ease in viewing.

The price for this device from the two provider is somehow the same. The companies has announced its prices for the 16GB, 32GB and 65gb model of the phone. Below are the full list pf the price for the phones:

Meanwhile, people in india were somehow dissappointed because of the price of this phone. Many of them were expecting a cheaper price for the phone but they were surprise at the huge amount was placed on the phone.