As we can all witness today, tablets are proliferating at a very staggering extent. With all its sophistication, it has hugely surpassed the capacity of even the recent laptop PC. Its thousands of apps that serve various functions from games to voice recognition interface, to video streaming and all kinds of entertainment and music, to GPRS and video and picture capture, etc. It has really put all the functions of what used to be separately invented gadget for specific functions (e.g. game and watch, beeper, etc). What future then do laptop pc’s have when it may have been over-run by tablets’ sales already, and that the forecast of NPD Display Search Group is really putting laptop PC’s future in the struggling end of the race, so to speak.

Though that may have been the picture NPD has given for laptop PC’s future, there is really one undeniable fact that tablets may never be able to provide, and which is a very strong reason that laptop PC’s will stay forever. When the typewriter came into existence, it has become almost like the “spoon and fork” concept in terms of communication and correspondence in almost all areas of businesses. Hand-writing especially of bulk data and mountainous information seems an extremely daunting task and which stirred the imagination of people on how to mechanize the encoding of information hence the birth of the typewriter. Even today, though we have become digitalized, the concept of typewriting has never changed. The use of the fingers in typing and in such a position that we usually do today when we encode and edit data can never replace the laptop with any tablet. To a certain extent that voice recognition apps found in Apple’s iPhone and in other Smartphones wherein when it hears your words, the words write in your screen. The intricate work of making documents and punctuating and editing still require the laptop PC’s keyboard. 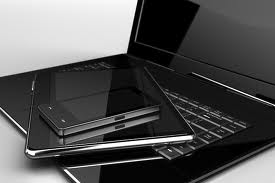 The NPD forecast is something that which have a huge chance of not happening. The influx of all these iPads of various kinds will serve very wonderful purposes and millions of people will avail of it. But people would still have a laptop PCs or desktop PCs in their businesses and homes. A huge degree of typing in the position that is quite comfortable with two palms facing down on the keyboard and with quick fingers pressing on the keys will never ever be replaced by the lazy manner that a tablet is being operated. The laptop PCs would still have a huge chunk of the market and what would slow down in terms of consumer market are those which does not have so much usefulness in homes and offices and in businesses. What do I mean by “so much usefulness?” Take the VHS and Betamax tapes for example. They have been totally out because in terms of storage for videos and films, they can be done on the disk. The disk may have changed its appearance from the long playing album to a palm-size round-shaped CD. So which one must have to go away? Do you get what I mean? Typing gadget may have changed its appearance so many times but it will remain. Again, I cannot any more overemphasized the usefulness of tablets, storage of huge information; yes but the manner that letters and punctuations and editing of encoded data will never ever replace typing in the manner that it is done now. Long live the laptop PCs! And welcome tablets for both of these types of gadgets will have longer usefulness to humanity as USB and CDs are. 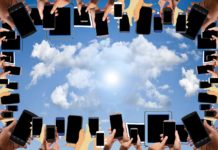 VoIP trends to watch out in 2020 and beyond 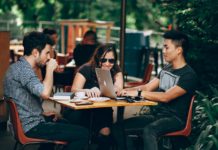 Top 10 Ways to Attract Millennials As Your Social Media Audience