According to a reliable source to Techatlast, LG which is one of the popular South Korean manufacturers of great electronic devices has officially present its three new droids known as the L3, L5 and L7.

These trio gadgets are going to be revealed for everyone at the MWC which is going to take place next week.

These three of the great Optimus L Smartphones will come with a square design coupled with a thin metallic design outlook along with textured leather that is very similar to the panel on the back of the gadget.

Apart from these attributes, these gadgets will also comes with LG’s floating mass display – that means that it is going to feature a display that is very closer to the surface and it ought to become visible as if it is floating on it. Other details of these three awesome optimus L smartphone are discussed further below. 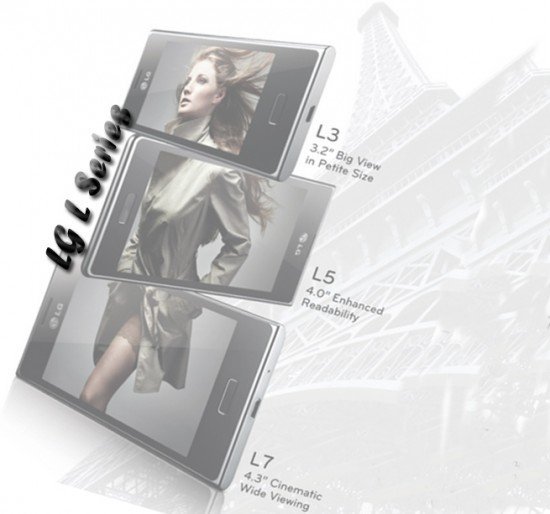 The LG Optimus L3 Smartphone is going to come with a compact form factor with a 3.2 inches TFT capacitive touchscreen display. And it is going to have a 256K colors display with 240 x 320 pixels of display resolution. The phone runs on Android v2.3 Gingerbread Operating System . The phone will come with various sensors like  proximity Sensor, Accelerometer Sensor and compass. The camera that is spotted in this phone is said to be 3.15 mega pixel primary camera along with a 2048 x 1536 pixels of camera resolution and it is provided with a free a space for microSD card($), up to 32GB. When it comes to connectivity options, the device has been facilitated with many connection features such as BluetootH V2.1 with A2DP($), WLAN, Wi-Fi 802.11 b/g with Wi-Fi hotspot, microUSB and lots more.

The LG Optimus L5 will be released with a 4? Capacitive Touchscreen display. And it will be gifted with an Android OS v4.0 (Ice Cream Sandwich) Operating System. It comes with a multi-touch display that will give the user a better experience. It has various sensors such an Accelerometer Sensor, proximity Sensor and compass.

LG Optimus L5 will be spotted with a 3 megapixels primary camera($) with an autofocus and Geo-tagging feature, and not only that, it will also come with advanced video recording ability. Has many other features such as Port v2.0, MicroUSB, Wi-Fi 802.11 b/g/n, A-GPS support, 3.5mm jack, Wi-Fi Hotspot, Java MIDP Emulator, FM Radio and lots more. 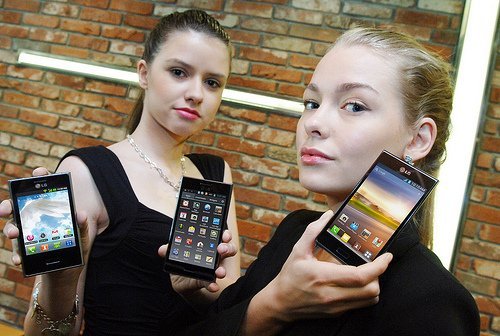 This is the third on the role and it is built with a 4.3? Capacitive, Multi-touch screen display with a higher screen resolution which will serve the user with good and sharp colors.

It will run on Android OS v4.0 (Ice Cream Sandwich) and it will be spotted with a Proximity sensor, Light sensor along with a 3 megapixel primary camera that is spotted at the back panel of the device.

Other cool features in the device includes: