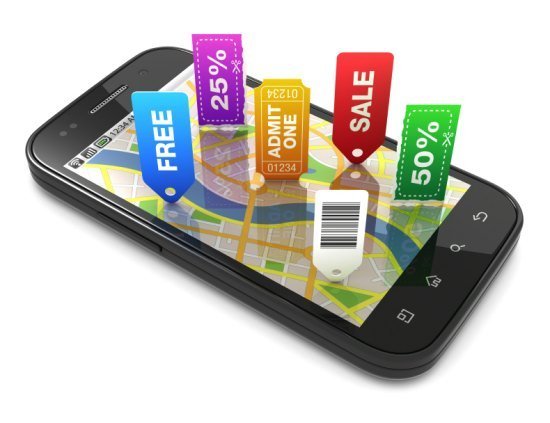 Once again, we’re living through a shift in consumer trends. A decade ago people were just starting to adopt online shopping. Over the years it grew and grew, to the point where no retailer could afford to not have an e-commerce site. In the last couple of years the tide has again shifted, though not in an absolute manner. People are still shopping online in droves, but they’re not limiting it to their at-home computers. Instead, they’re using their mobile devices to enhance their shopping experiences.

Retailers, in kind, have had to answer that demand. Many of them have produced quality mobile apps, but four international retailers stand out among the pack. They’ve created mobile apps that not only let customers buy right from their devices, but also aid their shopping experiences. Here four retailers that have distinguished themselves in terms of mobile adaptation.

It only makes sense that Amazon tops this list. They’ve been disrupting the retail business model for over a decade, and it seems their reach is only growing. In fact, they were among the first retailers to the smartphone scene, providing a tool that many consumers find invaluable: price comparison.

Amazon’s idea is that a brick and mortar store presents consumers with an opportunity to window shop. They can look around for things they like. But instead of buying them, they simply scan the barcode with the Amazon Price Check app. If the consumer can get it cheaper on Amazon — which is often the case — they can place the item in their virtual cart.

The genius of the Price Check app is that it essentially provides Amazon with a physical retail presence, without any of the associated costs. Every store a consumer enters is potentially an Amazon outlet. While they do not provide the instant gratification consumers crave, they do provide the savings that make them think twice.

You can get the Amazon Price Check app on iPhone and Android.

Unsurprisingly, Walmart, the largest retailer in the world, doesn’t appreciate Amazon turning its stores into mere showrooms. But what can they do to compete with Amazon on that level? By offering a mobile app of their own. In fact, they recently updated their mobile app in time for the holiday season. It is now about much more than simply buying items through Walmart.com.

The app largely answers the question of what retailers can do to improve their mobile presence. With the Walmart app customers can view their local flier and find that week’s deals. Directly from the local flier they can add items to their shopping carts. Within the shopping cart customers can keep track of what they need, using the in-store location feature to find it with ease. It’s almost like a retail concierge.

Read: 5 Steps to Secure Your Site and Maximize Your Sales

With tests of same day delivery, Walmart really is trying to focus on its mobile customers without turning them away from the brick and mortar stores. It really is a gargantuan effort — albeit by a gargantuan company.

Get the app for iPhone or Android.

Anyone who has ever visited a Home Depot retail outlet knows the range of experiences it can bring. For many customers, the experience is positive. The employees are generally helpful, and the stores are laid out in a logical manner. But for others, the sheer size and depth of Home Depot stores can be overwhelming. These consumers would do well to prepare before visiting the stores. The Home Depot app essentially lets them do that.

While Walmart’s app tries to facilitate in-store interactions, Home Depot’s app attempts to get people into the store in the first place. It allows customers to browse online inventory, and then check if it’s in-stock at the local outlet. Customers can buy right from the smartphone app and then pick up when they get to the store. Like Walmart they include a local flier as well, and have a shopping list — which is perfect, since Home Depot customers usually have projects that involve multiple items.

The ability to browse inventory and services is invaluable to some consumers. Most do not know a thing about instant water heaters, but they can use the Home Depot app to find out more, and even schedule an in-home consultation. In other words, the Home Depot app makes home improvement projects slightly less intimidating.

The Home Depot app is available for iPhone and Android.

Online retail has taken its toll on many retailers, but perhaps none as greatly as Best Buy. When big ticket items are significantly cheaper online, even when factoring in shipping, consumers will turn there. After all, who wants to spend $300 more on the same TV? Best Buy has started to adapt, though, and they clearly see an opportunity with mobile. Their app shows they understand the mindsets of their customers.

Instead of price comparison, something that hurts them, Best Buy offers spec comparison. Consumers can compare two similar products in terms of performance numbers, making a decision based on technology rather than price. Once deciding on the superior model, they can add items to their wish lists, or even purchase them right from the app — for pickup at the store or for delivery. The app goes so deep as to even provide trade-in value for items such as video game consoles.

That’s not to say that Best Buy completely neglects the price issue. It does let customers view the latest deals from its weekly flier, and even has special offers for mobile customers. They even have a separate Reward Zone app, which helps customers save even more.

As always, the Best Buy app is available on iPhone and Android.

This holiday season will be a big one for retailers. Walmart, the largest in the world, projects that 40 percent of its web traffic will come from mobile devices. That’s a clear sign of the way the tide is moving. Other retailers haven’t necessarily fallen behind. A number of them, including Target and Walgreens, have mobile apps that customers can interact with. The numbers from this holiday season will likely force them to catch up. They can’t afford to stay any further behind their most powerful competitors.