Looking back I remember the very first camera I ever used, it was one of the old Fuji disposable ones. I wasn’t allowed to have my own camera until I was about 12 years old. Back in the 80s we weren’t allowed to have things like this because they might get broken or our parents didn’t think we needed them. When I was 12 and finally able to have a camera I was given a Polaroid that I treasured like a gold medal. At that time, this was considered an extremely impressive piece of technology, as it would instantaneously print pictures on the spot, although over time the quality of the prints deteriorated of course. Nowadays, not many of the kids today could even tell you what a Polaroid is – I know mine can’t! The other day I asked my son what a Polaroid was and he looked as though I had five heads. 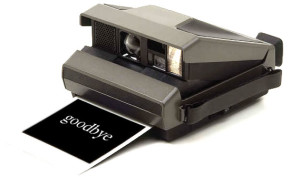 Throughout the years cameras have grown so much from my old disposable Fuji and Polaroid to the digital age. Today you couldn’t think of a day without a camera whether it might be your new Nikon or Cannon. Or at least you probably have a camera on your smartphone. Could you imagine logging onto your Facebook account and there were no photos due to life without a camera? All those precious memories of time spent with family and friends that we are grateful for but often take for granted. 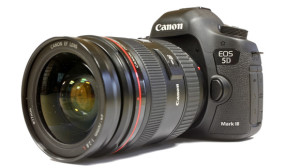 We can see this reliance on cameras in other parts of daily life. In fact everywhere you look you can see a camera – stop lights, tollbooths, cell phones, computers, elevators and so on. Even vehicles have them now! I was test-driving a new mini van recently and it had a backup camera that automatically stops the vehicle if something is in the way when reversing. No doubt that everyone would agree this is pretty impressive technology. 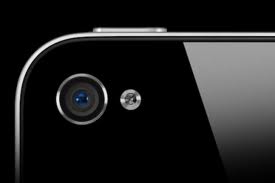 Whether you are a professional photographer doing just another photo shoot or a small child taking a picture of your favourite doll you will have powerful tools at your disposal. With so many apps and programs out there one can even add some very artistic effects and manipulate their images to give any desired effect they wish. The other day I took an old photo from when I was little that was taken on a regular old point and shoot camera and fixed the grainy quality to give a more high definition looking photo that looks as if it was taken a few days ago instead of almost 30 years ago. How times have changed!

We might ask ourselves what will come in future years… will it be cameras that are voice activated and take photos when you say a command word. A glimpse of this future was seen recently with Google glasses – wearable so that the user can go about his daily business and take pictures on the fly without even the need to take any sort of contraption out. To be honest I don’t know what the future holds for cameras but with all these upgrades over the years I am quite optimistic that we are due for some more amazing technological breakthroughs!

On thing I can say for sure is that cameras have come a long way from the 1800s box style cameras to the digital point and shoot cameras with changeable lenses, security cameras and so much more that we use now. Even so, despite the fact we have come so far, in 200 years I can see us looking back and wondering how we ever survived with what we have now!

Quantum cryptography; an untangled guide to the future of cybersecurity