What Changes Can We Expect in 2013 in the Mobile World? 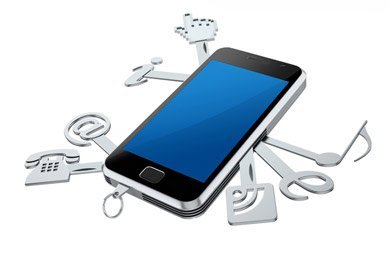 The mobile phone world has experienced a massive expansion over previous years, and it all started with Apple releasing their iPhone device into the public. They single-handedly started the new mobile technology revolution and have dominated it ever since.

Now things are changing a little and for the first time in a long time the Apple Company has started to look a little bit shaky. This means that predictions on the changes that are due in the mobile world are now not as easy to predict.

Here are a few predictions of changes that you can expect this year.

An increased use in mobile payment technology

Technology that allows people to use their phones as mobile credit cards is always going to have the backing of large financial organizations. And, they are the ones with a very lot of persuasion power. They are part of the reason that you are able to pay with your mobile phone in some stores already. This technology is going to become more commonplace, with more and more mobile phones having the hardware and software pre-installed into them. The idea of an e-wallet that people can use with a mobile phone is going to become more popular in the year 2013.

There are now more companies designing and manufacturing phones than ever before, and now that Apple has the likes of Google and Microsoft snapping at its heels, it is highly likely that competition is going to become even more fierce. The harder the competition and the more competitors there are, then the better the deals that the consumer receives. The manufactures will start undercutting each other’s prices and start creating deals that damage their competition for the sake of gaining an edge in the future. Clever consumers will be able to take advantage of this and get some really good deals.

This has been a growing trend for years. Apple currently has the most apps, and there are developers still working now to create even more for the Apple operating system. There are also app developers that are creating apps for Windows and Android. The trend is set to continue because there is nothing holding it back. App development is time consuming but does not have to be expensive, and lots of amateurs are creating and selling apps online. The introduction of the FireFox OS is also going to stimulate a lot of interest from the app developing community.

This is due to the increased bandwidth that comes with 4G Internet. It is quite conceivable that mobile phone developers are going to lower their product prices by skimping on hardware memory. Other than the memory needed for apps, it is quite conceivable  that music, documents and movies will be stored on the cloud and loaded onto mobile phones on demand instead of taking up the memory of the phone.

John Kravz is a representative of Buyessayonline.net that provides excellent help on your writing assignments such an essays.