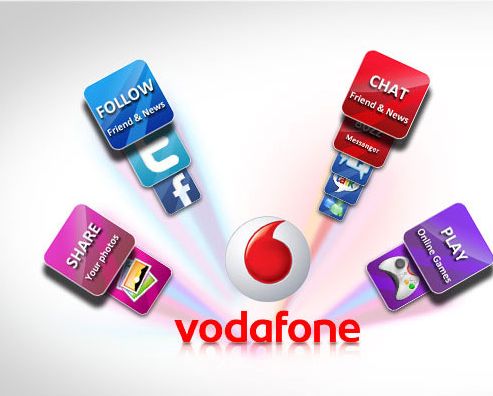 MOZAT has recently announced the release of the latest version, 6.4.0. It basically comes with “memory issue” fixes, which most users are concerned about, and feature improvements enhancing users’ overall experience.

What makes this version stand out is the fact that there are more feature enhancements and new services that can make a basic and ordinary feature phone work like it’s packed with smartphone features. Here are some of the improvements and features that are worth a shot:

1) Social Discovery through “Nearby Users”, a location-based service (LBS)

Wouldn’t it be nice to see other users who are within close proximity to you? The “Nearby Users” now makes it possible to see others around you. From this, you can actually send a message, and once that specific user replies, he/she automatically becomes a friend. So this so-called “social discovery” works because of the Java points spread across major areas in Nigeria. You don’t need to have a GPS-enabled phone to be able to enjoy this LBS. To find out more about where the Java points are, you may check out MOZAT’s community blog. 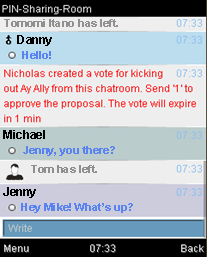 In a chatroom where it gets too crowded and cluttered with so many messages, sometimes, even before you type the name of the person you’d like to talk to, the messages and names get scrolled up too fast because of incoming messages. With the new “@” feature, you can easily click on someone’s name and your message will automatically indicate “@” followed by the person’s name. This way, it’s a lot easier to catch someone’s attention in half the time. More convenient for you, too, because all you have to do is to simply start typing your message.

Again, conversations in the chatroom can get overwhelming or confusing and you tend to miss some of them. Now, 6.4.0 comes with different colour backgrounds to easily distinguish which message came from who. Light colours are used for the backgrounds keeping in mind readability of text and overall look of chatroom.

Even before you start chatting, you will immediately see details about the chatroom, and access basic information such as participants – like number of males and females, as well as chatroom etiquette.

With 6.4.0, you can now receive offline messages, so you won’t miss one – whether it’s important or not. This proves to be one of the most relevant features added in this version as it gives the sender the peace of mind that you would still get the message once he/she leaves it when you’re out of reach.

Apart from all these, memory issues concerning crashing and slow loading have already been fixed. So when you start MOZAT, it immediately loads, leading you to the launch pad of apps that MOZAT gives you access to on its “grid” interface. The latest improvements are geared toward improving overall mobile social experience. So it’s not just about chatroom improvements but making it a lot easier for you to reach friends, gain news ones and interact with them through MOZAT.

Give MOZAT 6.4.0 a try and download it from www.mozat.com. They welcome comments and suggestions via welisten@mozat.com or let your thoughts be heard on Twitter or on Facebook. Updates, tutorials and basic information can be accessed from their blog.

Here’s wishing you a wonderful experience on MOZAT and more friends to come!

Share
Facebook
Twitter
Pinterest
WhatsApp
Linkedin
Previous articleApple new iPad; How to be the First to Get One, and What Countries Will Have It
Next articleWorld of Webaholics Video by Goup Goes Viral – 2012 Must Watch Video