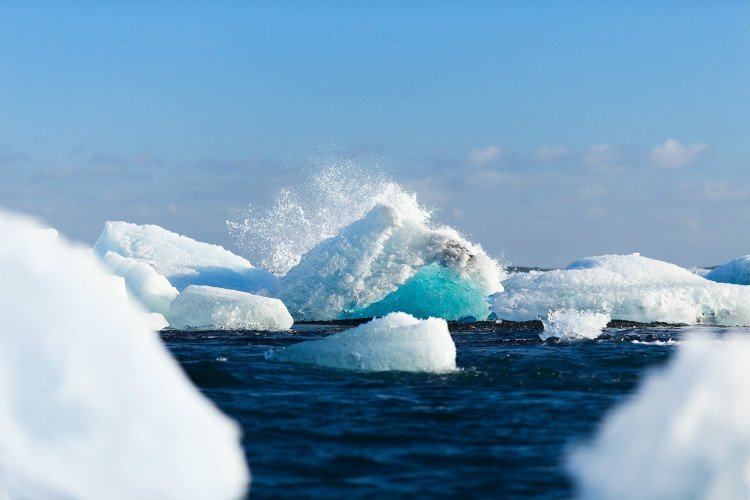 NASA was in a quandary. Between 2002 and 2014, earth’s sea levels rose by an average of almost 3 millimeters each year.

That was about double the rate as the previous century. Still, it was less than NASA anticipated. What caused the discrepancy?

In February 2016, NASA announced the answer. The missing water was actually being stored in pockets of land all over the earth.

NASA made the discovery using data collected from twin satellites that are part of the Gravity Recovery and Climate Experiment, or GRACE. The information gathered indicates that these surprisingly large masses of water cause changes in the planet’s gravitational pull.

This knowledge allows NASA to better explain how climate change impacts the earth.

The GRACE satellites fly about 137 miles apart as they orbit 310 miles above the earth. By measuring variations in the distance between the satellites, NASA detects changes in gravity.

Scientists collect data using GPS and a microwave ranging system. These devices are ultra-sensitive: their measurements are accurate to within the width of one strand of hair.

While the satellites whiz around the earth, GRACE also analyzes the planet’s atmosphere. This project is a partnership between NASA and Germany’s aerospace center, DLR. Researchers are based at NASA’s Jet Propulsion Laboratory in Pasadena, California, and the University of California, Irvine.

NASA already knew a lot about climate change. Researchers had a scary story to tell.

In addition, ocean temperatures are climbing. And since water expands as it heats, sea levels rise accordingly.

This liquid mass is all part of the water cycle. Ocean water evaporates, condenses and returns to earth as precipitation. Rivers and runoff eventually carry water back to the oceans.

While the water is on land, people draw vast quantities for irrigation, consumption and personal use. Because of these needs, NASA believed land was surrendering water to the ocean.

It’s true: the land is losing a lot of its water. And part of it is through human use.

But for the past 10 years, the water cycle has been changing in some parts of the world. The land is sucking up previously unimagined amounts of water.

GRACE discovered this because it’s looking for gravitational changes. Gravity is based on mass.

The earth has a tremendous gravitational pull on nearby objects because of its relatively large mass. In fact, the earth tugs on the moon so strongly that it has created faults in the moon’s crust.

About the only thing on the planet that can affect its gravity is the movement of water. Water is so heavy and mobile that the GRACE satellites are able to record gravitational changes over certain sections of the earth.

How much water isn’t returning to the oceans? In the last decade, about 3.2 million tons. Having trouble imagining that quantity? Picture this: it’s the capacity of Lake Huron, which is the seventh largest lake on the planet.

This insight into water movement has certainly satisfied researchers’ curiosity: where has all the melted water gone? Into the giant land sponge.

NASA scientists can now get a good night’s sleep after solving the big water mystery. But the information has additional –- even more important –- applications.

Most climatologists believe that human activity is the major cause of climate change, and ocean fluctuations are only one sign. However, they face opposition from naysayers who reject the idea that the sea level is rising at all.

To make it more challenging for researchers, ocean levels aren’t increasing as anticipated. And if scientists warn about a crisis, and that crisis seems overblown, it’s going to be more difficult to gather support for intervention.

But now that NASA has shown where much of that melted land ice has gone, they’re back on track. In fact, their case is stronger. The water cycle variations that cause so much water to soak into the land are also caused by climate change.

Scientists have been aware that climate change has affected the water cycle. With the GRACE information, they are now able to demonstrate a connection between water cycle variations and rising sea level.

Researchers have previously noted shifts in precipitation patterns over both land and water. As the climate continues to change, more precipitation fluctuations are expected. Through the grace of GRACE and other exploratory projects, scientists will gain a more complete picture of the full causes and implications of climate-related changes.

Megan Ray Nicholshttp://schooledbyscience.com
Megan Nichols is a blogger who likes to write about her environmental passions including climate change and green energy. Follow her on twitter or join the discussion on her blog.