By Olawale Daniel
November 27, 2011
5
2086
Facebook
Twitter
Pinterest
WhatsApp
Linkedin
US cellular has got new phone wholly made by Samsung for the company. The new phone is called Samsung R680 Repp which can also be identified as Samsung SH-R680. It is a CDMA phone and that makes it hard for users with GSM networks through out the world not to be able to use it. It is a mid-range smartphone from the mobile phone producing company, Samsung and it is a very simple phone with nice and neat looks. 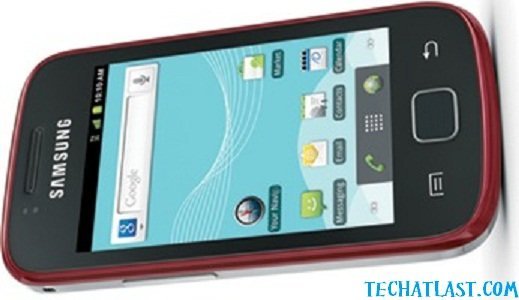 
Display:  When it comes to display, it has a 3.2 inches TFT capacitive display touchscreen with 320 x 480 pixels resolution. Also with a ~180ppi pixel density as well. Its display has some other cool features such as:

Sound Enhancement: The phone is comes with a 3.5 mm audio jack , loudspeaker feature and MP3. It also has wav ringtones and vibration as alert for the device. There are MP4/WMV/H.264/H.263 player and  MP3/WAV/WMA/eAAC+ players for you to enjoy yourself if you want to play several numbers of music or video files on it.

Memory Specifications: When it comes to capacity, I mean, what the phone can hold when it comes to memory, it has a 2GB internal memory and a space for 32GB expandable memory in case you need it. 2GB card is included in it. It also comes with unlimited contact entries and unlimited numbers of call records that you can store on thge phone.

Camera: It is equipped with a 3.15 m/pxls primary camera with 2048×1536 pixels resolution. This phone doesn’t come with a secondary camera like the Motorola XT615 which comes with secondary camera. The camera can also be used for recording videos as well.

Web Browser: This phone comes with a HTML browser by default which will enable you to browse the internet stresslessly.

Internet Apps: When it comes to an in-built apps, it has some apps that are made for the enjoyment of the internet. Apps like YouTube, Calendar, Google Talk, Google Search, Maps, Gmail and Picasa.

Battery: It comes with a Li-Ion battery with a 1500 mAh capability and it has backup of upto 300 hours in standby mode & a 8 hours talk-time.

This phone is cool and you will find it interesting to use but like what I said earlier on, it is only made for US cellular and it can’t be used with any other GSM networks worldwide.