The South Korean brand, with its incredible launches in the year 2012, tops in the global mobile market and is now in the full mood of doing the same magic in monitors market as it has enhanced its line-up of monitors by unveiling Series 7 and Series 9 touchscreen monitors. Series 7 SC770 Touchscreen Monitor is designed to work perfectly with all Windows 8 devices, while Series 7 SC750 features a premium display quality and nice sleek and dashing design. Series 9 SB970 is also in the list.

It is giant Samsung’s 1st multi-touch display that is optimized and designed for Windows 8.  This incredible Touchscreen monitor supports ten points of its concurrent multi-touch. The users can easily drag, select or rotate objects that is on monitor screen with their fingers’ commands. The touchscreen is just awesome in response, so as to ensure a smooth usage to users.

The flexible stand of SC770 offers a 60-degree tilt which makes the comfortable use of touchscreen. The ultra-thin bezel with wide viewing angles offers an incredible viewing experience.

Samsung is expecting to rule the Windows 8 optimized monitors’ field, with its Series 7 SC770.

The next one in the line-up of Samsung monitors is Series 7 SC750 monitor that comes with a slim, ergonomic design offering 90-degree pivot for comfortable use of fast responding touchscreen. Its cylinder-shaped metal stand that positions the screen at an eye-level for easy viewing, enhances the beauty of this sleek and slim monitor further more.

The just-unveiled monitor SC750 supports 5,000:1 contrast ratio. This ratio is five times than what a standard monitor supports. The monitor delivers the  ultra-sharp images that makes it better than the best.

These two just-unveiled Series 7 touchscreen monitors may boost the company’s graph in monitors industry. Both will be available in the first quarter of 2013.

Samsung Series 9’s monitor SB970 will be on-show at CES 2013 event. According to the manufacturer Samsung; this series 9’s touchscreen monitor offers unparalleled picture quality. To ensure the best quality knocks the doors of customers, each individual monitor is checked by technicians before shipping.

The WQHD resolution (Wide-Quad high-definition) in SB970 offers better quality than what tradition HD does. Samsung claims that this touchscreen monitor delivers 4x well-detailed information than any HD.

Junghhwan Kim, Senior Vice President of the Visual Display Business at Samsung Electronics said that with the professional-grade monitors Samsung is expanding market of aspiring young professionals. Samsung has been exploring the new technology for past 7 years, and these unveiled touchscreen monitors are a new light in its efforts. 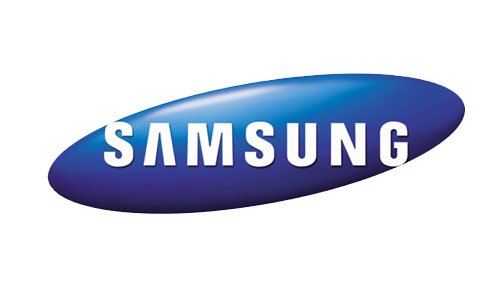 Samsung is really enjoying its golden period in the smartphones industry and is tasting huge success with devices like Galaxy Note 2 and Galaxy S3. The company’s successor to Galaxy S3, ‘Samsung Galaxy S4′ is rumored to hit the market in later April. Some rumors show its arrival to be in early days of June.

It would be interesting to see the users’ feedback for these touchscreen monitors, once they are released. The Samsung will be showing off these monitors at CES 2013 event, and if you are going to attend that event, you could see them  in Samsung’s booth, #12004 in Central Hall at CES 2013 from January 8th to 11th. We will be covering the major releases of event. Stay tuned!