Samsung’s Android Is Back and Better – Google Is Worried 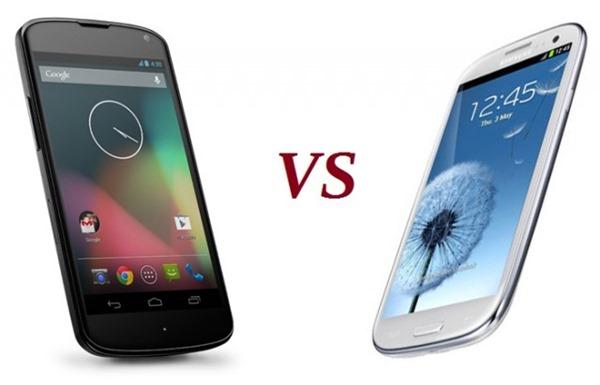 Google is the company that created the Android operating system. It is the biggest competitor for the Apple operating system known as iOS. However, when people talk about an Android, they are usually talking about a specific device that happens to have the Android operating system on it. That is why you will hear people talk about the Samsung Android and the Google Android as if they are two different things. What they are actually talking about is the different mobile devices that have been produced by the Google Company and the Samsung Company. Both are using the Android OS, but are referred to as Android devices.

Google and Samsung are in competition

Each of them has their own mobile devices that run on the Google Android OS. Samsung’s most popular Android device is called the Galaxy S3, and Google’s most popular mobile device is called the Google Nexus. Samsung did very well in the year 2012 with their Galaxy S3, and outsold their device when compared with the Google Nexus device. The fact that Samsung are creating newer versions of their device means that Google have something to worry about if they wish to compete (again) with Samsung this year in the mobile phone arena. Here are a few reasons why the Google Nexus producers should be worried by Samsung.

Samsung has a scary but convenient timeout system

Almost all mobile devices have some sort of timeout mode, which is there to help save the battery life of the mobile device. It will turn off the backlight, or even put the device on standby/sleep in order to save battery life. The Samsung will stay lit unless you are inactive on the device (as most do), however, if you are doing something such as study a web page, it will stay lit up and on. It does this by using the front camera to watch where your eyes are looking. If it sees you looking at the screen then it keeps the backlight on.

It has a multi-screen view that you can use

This is a function that the Samsung has which allows you to use two apps at the same time. You do not need to close or minimize each app. You can keep switching between them on the same screen. It is far more efficient than the alternative.

The Samsung has an auto-rotate function

This is why Samsung invented their little double tap idea. If you want to scroll on a mobile device, the usual way to do it is to press your finger on a certain part of the screen and then hold your finger on it as you swipe up or down. Samsung added a little function where if you want to get back to the top of a web page quickly, then you double tap the screen and it jumps you back to the top.

The Samsung can use pop up apps

John Kravz is a representative of Dissertations-Help.org that provides professional help on dissertation writing.

Mobile apps are everywhere, from traditional fields like commerce to the novel industries such as the Internet of Things. However, for a...
Read more

Mobile apps are everywhere, from traditional fields like commerce to the novel industries such as the Internet of Things. However, for a...
Read more
Video Sharing

Aren’t you just tired of being left out from the rest of the world, blocked out from accessing some of the greatest...
Read more
Business

As a newly licensed real estate agent, you need to make a game plan for success. The rental market is highly a...
Read more
Load more