The Measurable and Immeasurable Value of Social Media Marketing

Social media is the newest rage in marketing today. Judging by the exponentially increasing numbers of businesses, large and small, who are engaging with their communities through social media, it seems to work well. But before jumping head-first into this new, and barely explored marketing territory, many businesses are still hesitating to get more than their feet wet.

The question on their minds is “How effective is it really?” In other words, “Show me the money.”

The goal of this article is to explore some of the doubts that businesses have towards social media.  For some of the more measurable issues I will bring data that real companies measured through their own social media campaigns. 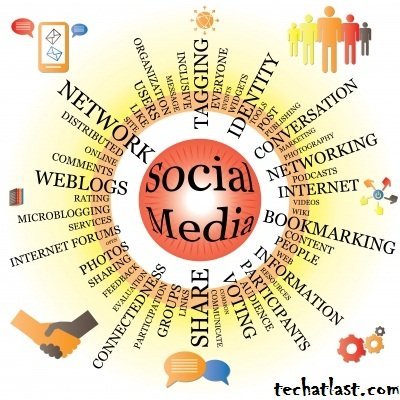 How Well Does Social Media Convert?

Visitors to sites who have arrived through social media, such as their friends recommendations, are more likely to convert than other types of web surfers.  According to mega-successful internet entrepreneur Aileen Lee, traffic from social media actually tends to convert better than other types of traffic.  Aileen learned from data collected by “Rent the Runway” (one of her companies) that measured a 75% higher conversion rate from site visitors who came through a friend’s recommendation than through other means.

Obviously a 75% higher conversion rate is a very lucrative difference, but what exactly is the lifetime value of a social media attracted customer.

What Quality of Customer Does Social Media Attract?

The home décor site, “One Kings Lane,’ (also a site of Aileen Lee) estimates that they lifetime value of a customer who is brought in through social media is twice of that of other customers.  Since people form relationships with others with similar tastes, a social media recommendation is more accurately targeted than most other marketing efforts.  Additionally, prospective customers can judge a lot about their own likelihood of likening your business based on the person who recommends you.   Therefore, a social media recommendation from a trusted and similar minded friend is laser-targeted, trust inspiring, and persuasive.

Social media attracted customers are presumably more likely to pass on a recommendation than customers who were attracted through other means.  Although I admittedly don’t know of any data to prove this, it is only logical to believe that a customer who was brought in through social media is more likely to create more social media buzz than other types of customers.  The reason being that their friend has already declared that they like you, and they are probably also active in their personal social media accounts.

ALSO READ: Emerging trends that may change the future of eCommerce

Although data such as conversion rates from social media surfers is relatively simple to calculate, the general exposure value of a Tweet or a Like is more difficult to calculate.  Indeed various businesses have come up with drastically different estimations.  According to market research conducted by Syncapse the value of one “like” is measured at $136.38.

Of course the true value of a ‘like’ depends on how capable the company is of converting their ‘like’ to profit.  For a business that deals with low profit margins a ‘like’ will be less valuable than for a business that is able to produce more substantial profits.

Even more difficult to calculate is the value of something like the exposure generated by a good blog post that gets tweeted and liked.  But it is safe to say that a truly powerful social media campaign should be similarly effective.

When is Social Media Most Effective?

Before getting started with an elaborate social media plan it is important to take into consideration the customers that you are marketing to.

According to numerous market research studies, social media is particularly effective with the younger crowds, while things like podcasts and videos are more effective with older people.

One wise businessman once told me, “Marketing isn’t an expense it’s an investment.”  And although the answer to the questions of how much to spend on marketing and how to implement a campaign is case specific, it seems that considering today’s market, using social media is a must for most businesses.  There is one thing that is crucial to constantly be aware of, and that is the potency of social media can go both ways.  If used in the wrong way, a company can find itself with a social media disaster on there hands within seconds, while if used well, the dividends will pay off long into the future.