Gone are the days when you had to take special care of your phone in monsoons or when you had to keep hands in your pocket in order to keep your phone safe while running. Sony’s new product in the market, Xperia Go, is all set to change all this. The sylphlike phone from the company is rugged enough to sustain many falls and promises to assist you even after being submerged 1m underwater. The thickness of the dust proof handset is just 9.8mm and weighs 110g.

The handset from Sony comes with a 3.5” touchscreen along with a resolution of 320x480p. The 1GHz processor powering the gadget makes it a dynamic species and with just a click the phone whizzes skilfully. The product from Sony comes with a RAM of 512MB and an internal storage capacity of 8GB along with a possibility of micro SD card memory expansion. Bucking all the stereotypes of a rugged phones which are hefty oversized rubber ‘bricks’, the dust proof phone from Sony succeeds in pleasing the aesthetic faculties.

Sony’s rugged device runs on Android 4.3, Gingerbread, and combines it with a user friendly user interface resulting in a device which is more easy to use as well as intuitive and is packed with a wide range of functions and features. Although the phone is powered by a 1GHz processor but it fails to impress us as the smoothest and a speedy device.

There is considerable time lag and many miss-starts escorting many program selections and commands. In contrast to other Android handsets Sony’s product comes with a not so friendly central applications menu and the oversized icons present there reduces the number of icons which can be seen in a single screen. 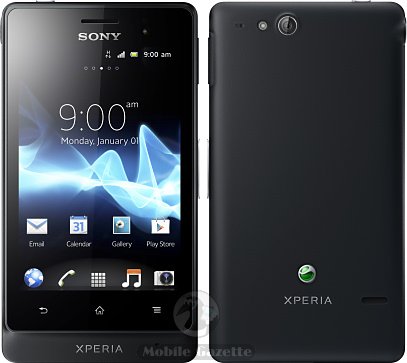 The selection process which is linear in nature makes its very tiresome and irksome when you miss some content. The handset is equipped with an option to upgrade the operating system in the phone to Ice Cream Sandwich when this OS is already there in the market at the time of the launch of the handset.

The gadget is endowed with a 5 MP camera combing features like autofocus and LED flash. The device has the option of unlocking the phone directly in the camera mode. However, as soon as it gets into the camera mode after unlocking, the gadget takes a snap automatically and most of the times it lacks the focus and hence, quality.

The rugged gizmo has ironically a very slow when it comes to focusing and the moment cannot be captured because of this as well as the sluggish shutter speed.

Also, the panorama shooting mode in the handset is not so pleasing resulting in blistered photos and you cannot select the time for the panorama shot. In addition to this, the phone has been deprived of an exclusive camera switch by the company. In all, the handset offers very limited options to the users in the 5 MP camera and there is very slight possibility of customising the camera mode.

Sony’s gadget is thick friends with the battery which comes with a lot of horsepower. The handset will not die for a day and with moderate use will survive for few days without an electric supply. The company claims that the lithium-ion battery will support the handset for 460 hours in standby mode and slightly more than 5 hours in talk time mode. The 1,305mAh battery cannot be replaced when you are without a charging outlet for many days and it is futile to carry replacement power packs in such case. The battery is securely placed deep inside the device in order to avoid any battery leakages which have been a cause of concern for many Android devices.

The handset from Sony is very impressive but the company had maintained distance from more appealing entrails. Nonetheless, the price tag seems to make it up for the company’s decision. The gizmo from Sony comes with a price tag of $350 which is quite friendly to our pocket and will not burn our pockets as much as it does in case of other handsets coming with the same features.

The fact that the phone has been approved by IP67 cannot be easily overlooked. When you isolate the phone from its rugged and dust proof features you will be left with a stellar piece of hardware which will appeal to all the aesthetic senses. The combined efforts of user interface and intuitive operating system will surely please the first time Android users and tough handsets fans alike. Besides the white colour issue of a rugged phone there are several other problems in the handset. Although the gadget is powered by a 1GHz processor but it falls prey to many lags while opening many applications and executing many commands. We can add to this improper speaker placement as well as poor media playback.

The handset from Sony will succeed in impressing you with its looks and comfortable handling but the high expectations will not be met with justness. With number of grouches emerging shortly you will not be able to escape that feeling of irritation. Although the smartphone will not shake up the smartphone market but the price Sony is asking for its Xperia Go proves to be a bargain keeping all the features that the company is providing you with in mind.

What can you say about this Sony Xperia Go review? Is it okay by you or you think there are things left unmentioned? Please let’s hear more about the Sony Xperia Go in the comment section below.