Supporters in Washington for the SOPA anti-piracy bill in the Congress house (and its Senate equivalent, PIPA), are becoming smaller by the day. After some weeks of mounting uproar online, some Congressional leaders have started backpedaling last week, and the Obama Administration come in on Saturday in response to many online petitions to stop the bills. And the White House then issued a clear rejection of some of the main principles of SOPA. 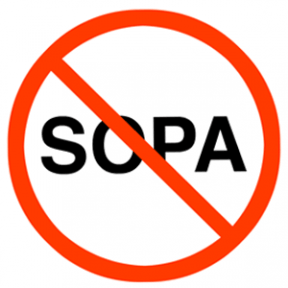 While the many in the House supports the major goal of the bills, the growing chorus of complaints about the ham-fisted way the law is going to be implemented may finally be acting as a counter weight to all the media-company lobbying which is trying to push the bills through. In fact, the White house blog on the subject almost amounts to a pre-veto of the bills as they now stand (and which have yet to be voted on, much less approved, by either house of Congress).

“While we believe that online piracy by foreign websites is a serious problem that requires a serious legislative response, we will not support legislation that reduces freedom of expression, increases cybersecurity risk, or undermines the dynamic, innovative global Internet.”

The big problem with SOPA is in the way it is supposed to be enforced, namely by blocking domain-name system (DNS) servers of copyright-infringing websites. But DNS servers are a basic technical component of the Internet (they translate site names like techcrunch.com into numerical IP addresses computers can understand better).

Blocking DNS of websites without a full adversarial hearing in a court room raises the potential for censoring speech and other lawful activities. It is also the same method China uses to block “offending” content from China’s Internet. The practice also undermines new security protocols. The White House acknowledges:

Thank you. But it still is not clear how the objectives of the bills can be achieved without causing damage to the Internet. Congress should come up with a different mechanism for going after foreign pirate sites or else kill the bills entirely.

“SOPA supporters may be rethinking their positions, but they have not retreated entirely. Online SOPA opponents should not be doing any victory dances just yet.”

For more on SOPA, watch this interview: