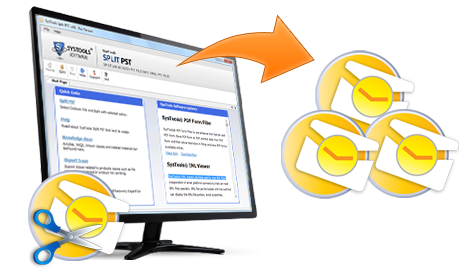 Large sized PST files tend to be one of the primary reason for the corruption of Outlook database. When the PST file exceeds the pre-defined size limit, the ultimate result is the inaccessibility of data residing within the file. Therefore managing the PST file size can be a great measure for safeguarding the PST file from getting corrupt.

Split PST is one such solution that makes the task to split PST file into multiple files more easier. This enables the user to save the file from being corrupted and at the same time dividing the data in a conventional form.

In this review we have summed up the features and working of Split PST tool. This will help the users in getting a better insight to the complete working of the best PST splitter tool. By the end of the review, we believe that you will be able to split large PST file using this software without any issues.

Features At A Glance 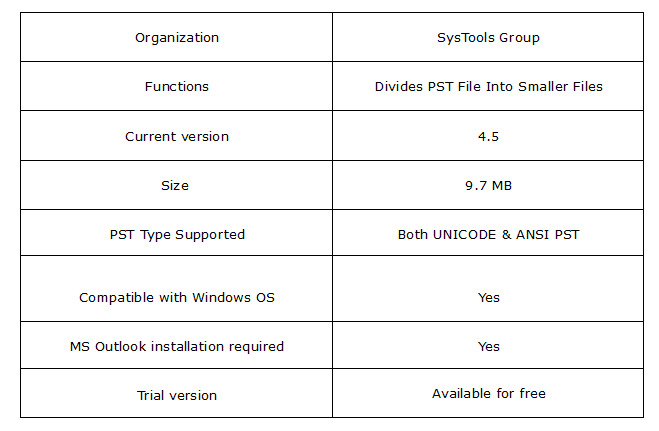 Some of the most important features of the tool are:

1) Support To UNICODE & ANSI PST
The software supports both ANSI and UNICODE PST files. Being it 2GB size issue in ANSI PST files or performance issues in Outlook due to exceed in the size limit of UNICODE PST files, the software enables the user to split PST file without any issue. 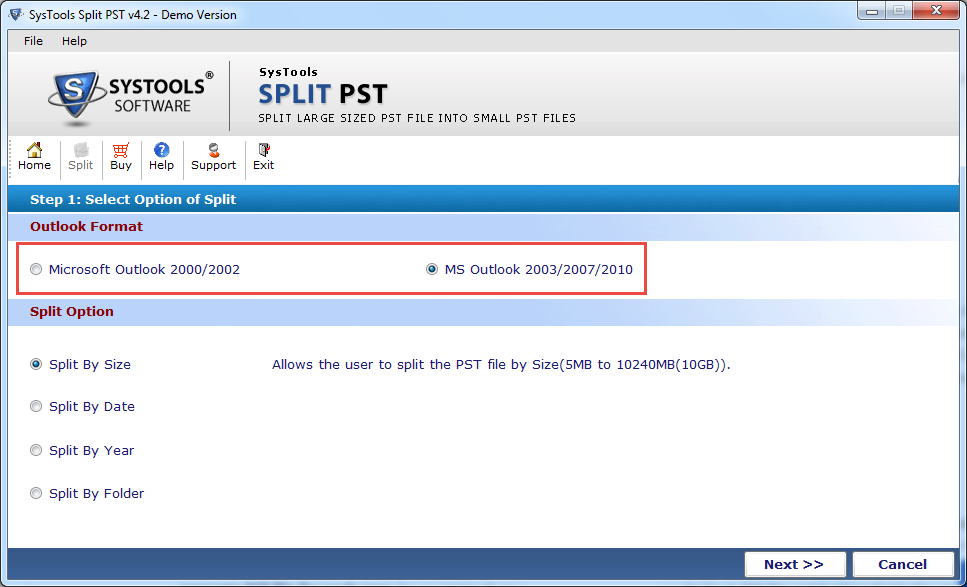 2) Split PST By Size
The software offers Split By Size option that enables the user to split Outlook PST file on the basis of its size. For example, the user can select the size as 1 GB and the software will split PST file into multiple files of 1 GB each. 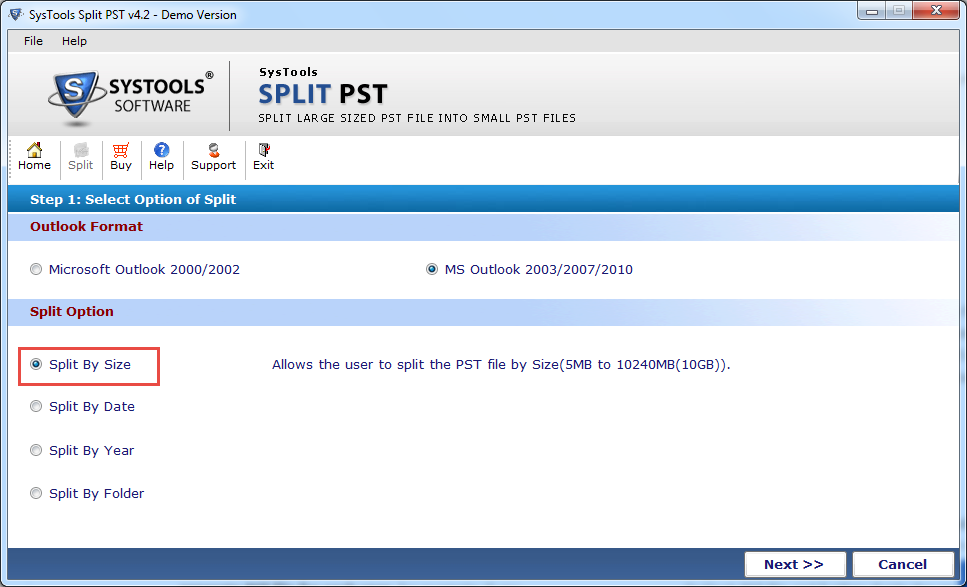 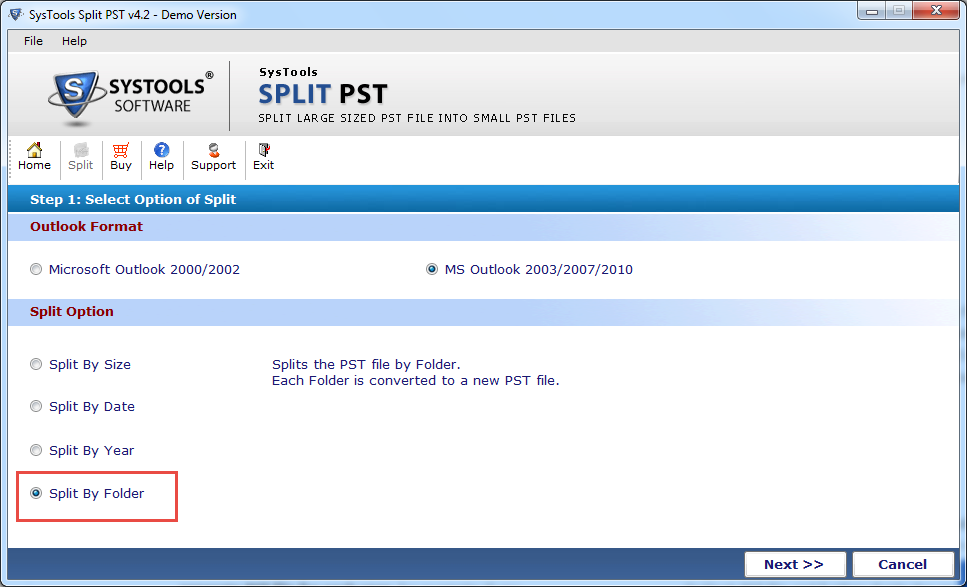 4) Split PST By Date
The Split By Date option when selected split pst into 2 files accordingly. Once the date is selected, the software saves the data lying before the selected date and the emails of that data into a single PST file. The other PST file stores the data lying after the mentioned date. 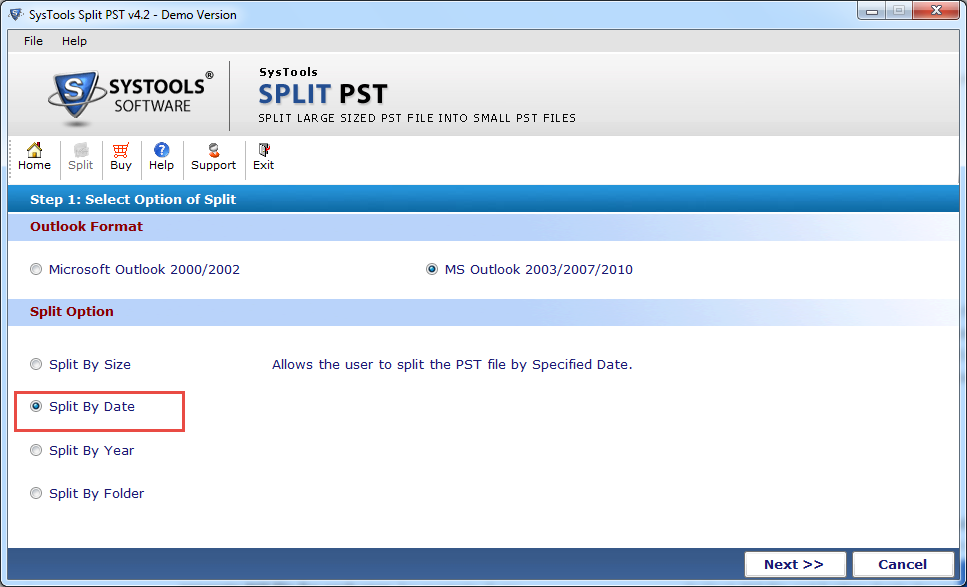 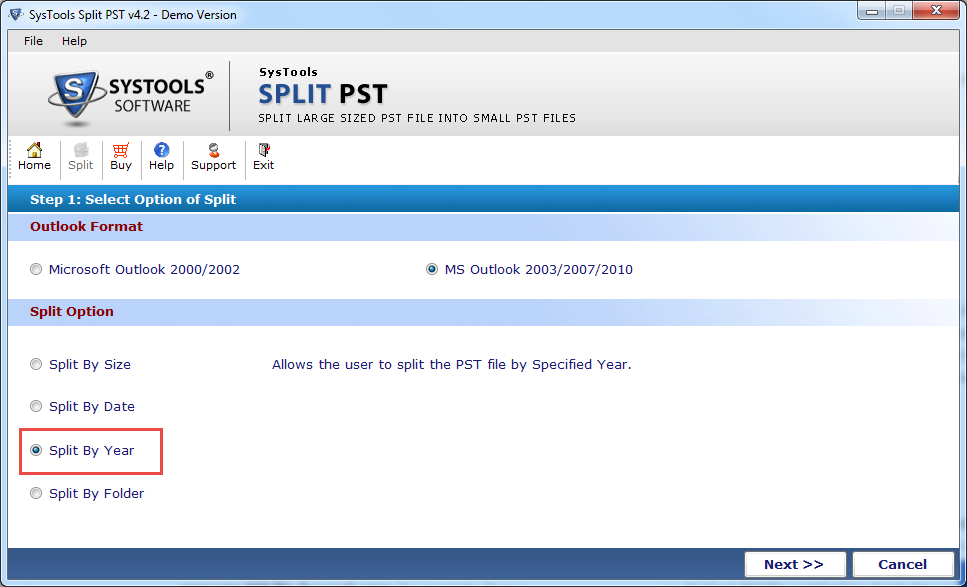 Once the user has selected the required options, the PST file that needs to be split has to be added in the software. Also the destination folder in which the resultant PST files have to be stored needs to be mentioned as well. 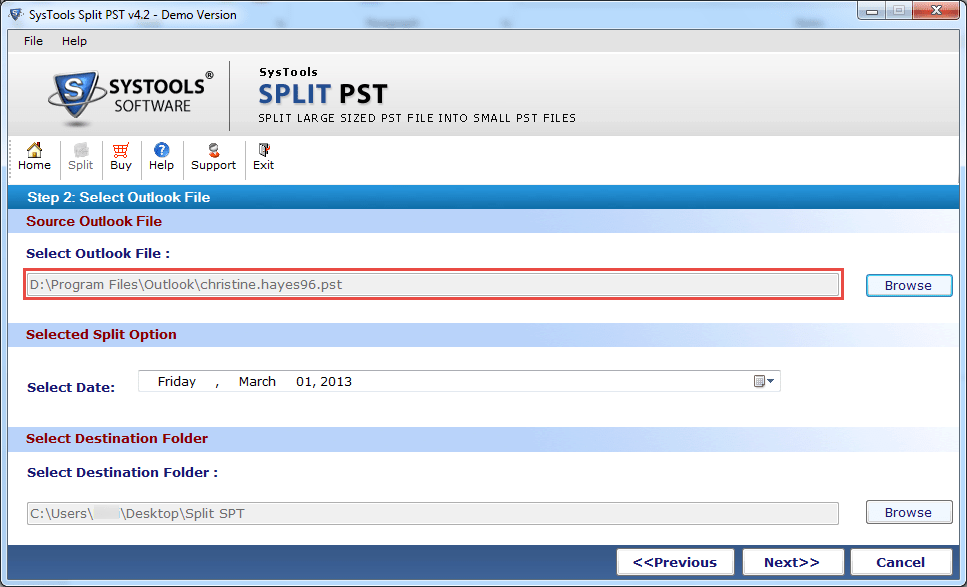 1) Trial/Demo Version
The trial edition of Split Outlook PST allows users to get an idea about working of tool. The demo edition of the utility can be downloaded free of cost from official website of company. However, demo edition does have some limitations as compared to license version.

Based on the overall functioning of the software i.e to split PST file into multiple files, we would like to rate Split PST software as 9.7/10. Even though the software does not support splitting of corrupt PST files, it readily split PST file which are healthy based on different criteria.

Peter Baris
A writer, tech Geek, knowledge seeker in this arena of technology. I would like to share more information through web among people. I have expertise in writing various kinds of blog-post such as: How to Tutorials, Articles, Product Review, Tips and Tricks and much more.