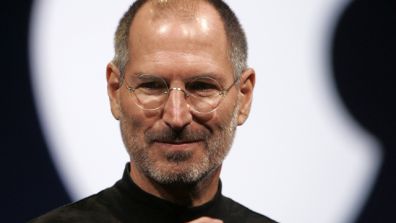 Mona Simpson, is an author and a biological sister  to Steve Jobs, the one-time Apple’s CEO and co-founder, said her brother’s final words were:

Simpson said she remembered the man she first learned about when she was then 25 years old, living in New York, and working at a small literary mag. She said that long ago, a lawyer had informed her that she had a rich and famous lost brother.

And after that, the two of them met, and a relationship emerged between Simpson and Steve.

Simpson, a renowned novelist and professor at the University of California, remembered that her brother being simple but alwasy saying the truth. She even said that her brother is a hard-worker who didn’t flinched at the idea of failing and never bought into gimmicks.

Simpson continues at the Oct.16 service at Stanford University by saying, “If Jobs loved a shirt, he would order 10 or 100 of them.”

Simpson also recalled Steve’s philosophy on life by quoting it this way: “Fashion is what seems beautiful and nice now but looks ugly later; and art can be ugly at first now but it becomes beautiful later.”

She said, jobs in his days, was a romantic fellow, who would at many times worry about the love lives of his coworker’s and was a complete or perfect lovemaker. “He believed that love happened all the time, everywhere human beign exists,” Steve eventually grew ill.

However, former Apple Inc. CEO and co-founder died of respiratory cancer which was as a result of pancreatic cancer. In the meantime, Apple did not disclose in details his cause of death, but it is true that Jobs had been in poor health for a number of years before his death.

“Before embarking, he had looked at his sister Patty, then for a very long time at his children, and after that at his wife and life’s partner, Laurene, and then over their shoulders past them,” Mona recalled. She said, “Steve’s final words were, Oh wow. Oh wow. Oh wow.”