Sylvania Netbook – An Unknown Contender in The Market

Sylvania Netbook – An Unknown Contender in The Market

Sylvania isn’t a company name you hear being thrown around all that often. You may remember them as the knock off TV manufacturer from the 90s that tried to undercut prices by selling to big box retailers like Walmart and Target. While their netbook is available online this time around, they’re still making their move on drug stores in the US like CVS and Walgreens. Many of the reviews online for the Sylvania netbook are based on experiences with the ones purchased in the stores. 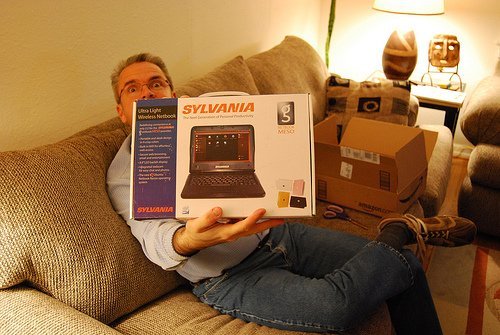 Compared to other netbooks, this one is really quite different. It isn’t what you’d expect out of the term “netbook at all.” Let’s take a look at what’s inside and why it may or may not be worth your money.

To put it simply, this is a PDA in a laptop body. I’ve tried to look at it from different angles and see what they were trying to accomplish with the specs that could be “netbook worthy.” Essentially they’ve taken a core from a PDA or other handheld device and encased it into a more functional laptop body: which is fantastic for anyone who is looking to invest on a low cost netbook, doesn’t need a super powerful computer and only wants to browse the web, but is terrible for anyone expecting to do any “real” computing on it.

What do I mean by all of that? Well considering the fact that the Sylvania SYNET only has 128MB of RAM and a 7” screen, you can’t exactly watch movies on it, nor can you open up Photoshop to touch up a recent family photo. Instead, this machine runs on a little known operating system called Windows CE. It was originally designed to be used exclusively in PDAs and handle mobile applications on certain handhelds. When it’s blown up to be used on a full laptop screen (800×400), things become a little different. 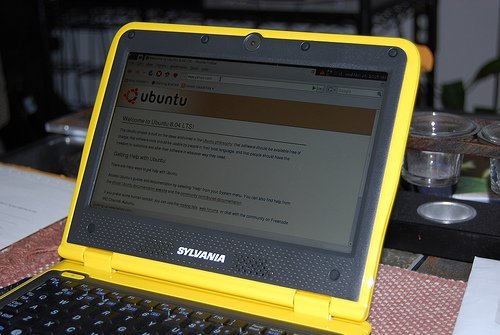 In many cases, mobile applications will load in your browser instead of the full applications. This is because websites see the operating system as a mobile operating system and do what they can to optimize their site for slower computers. This is great for those that don’t want all of the features of a site and only want to get online to check their email and bank account information before closing the lid on their computer and getting back to other things.

And that leads me to my main point. Who is this computer really for? Any computer savvy individual would stay away from this machine like it was the plague, and maybe rightfully so if they’re doing everything they can to keep up with the times. But for those users who don’t want anything fancy (think grandparent or young child), these cheap netbooks are fantastic. They’re not rigged out for anything more than just simple web browsing and basic application use, but that’s the point.

They’re super affordable and can do all of the basic tasks that computers are generally used for anyway. It’s very rare that I fire up anything more than a text document and a web browser to get my work done, so there’s no reason why anyone should shun the Sylvania SYNET because of how “out of date” it is.

To wrap up this relatively short review, I’d like to just reiterate everything that’s been said above. If you want this machine to act like a modern computer I suggest looking at a different machine. This Sylvania won’t do most of the “standard” things we take for granted like run a full iTunes library alongside a packed web browser.

What it will do is allow users to get online in a no fuss environment that allows them to “get in and get out” without getting bogged down with extra software and features that they don’t need. If my grandparents didn’t already own computers, this would for sure be on my Christmas list for them this year.

Althaf Ahmed is an SEO Consultant and the co-founder of Social Hacks. He loves to fiddle with gizmos and gadgets that boost his productivity and general life.