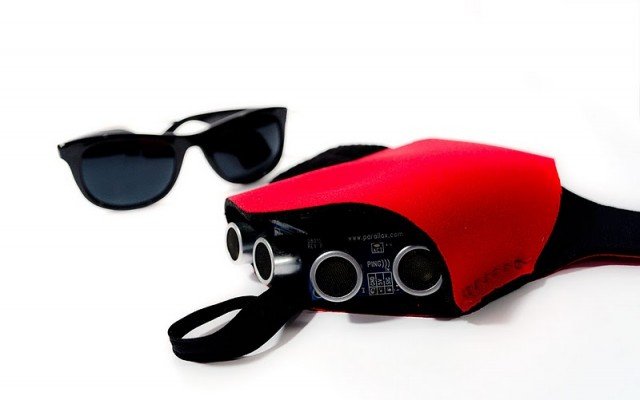 An invention that originally started as a new way to play video games has turned into a tool for the blind. Tacit is a wrist-mounted device which apprises the wearer about the proximity of objects in complex environments, according to its creator Steve Hoefer. 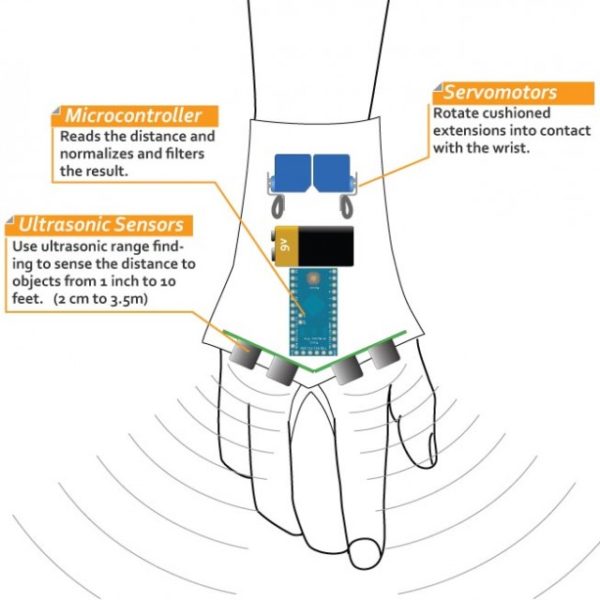 Ultrasonic sensors positioned at the front of the device measure distances from one inch up to 10 feet (2cm to 3.5m), Hoefer says, while motorized rubber pads at the rear of the device apply increasing amounts of pressure on the wrist as users approach an object.

Originally, the device was worn on the head and vibrations were used to warn of objects, but that was quickly changed.

The inventor said he “kept crashing into things that weren’t at head height and the vibrations drove me batty.” So he changed the technology and voila, something that’s usable and affordable.

It’s simple, but it works. Powered by a standard nine volt battery, the machine is easy to assemble and cheap, with materials costing around $75.00 US. It is also light enough for daily use and gives the wearer the ability to scan 360 degrees instead of just what is directly in front of them, a benefit blind people can really use.

“Orientation and mobility are critical skills for a blind person’s independence, education, employment and quality of life. Electronic orientation devices, such as Tacit, have the potential to enable individuals to move around independently and gain confidence,” Spinks said.

Based in San Francisco, creator Hoefer is currently working on dropping Tacit’s size as well as refining its accuracy and streamlining its construction.

“It’s not perfect, but it works, and it can be better,” Hoefer said.

“It could easily be made about half the size, and the replaceable batteries should be replaced by rechargeables with a blind-friendly charging method — either a wireless or magnetically-aligning power plug.”

“One of the biggest and best criticisms is that it is very difficult for a blind person to build their own. I hope to address that in a future version,” he said.

Hoefer has released details of Tacit’s materials, circuits and software on his Grathio Labs web site under a Creative Commons license to capitalize on feedback and, with any luck, improve the design.

“There are a number of improvements and changes left to be made. I’m curious to see what happens,” he said.

Hopefully, with the cooperation of other programmers and inventors, Tacit can turn into a life-changing tool for blind people around the world.