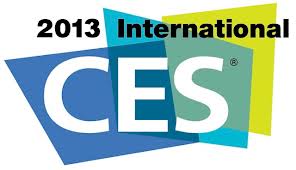 As this year’s Consumer Electronics Show goes on, you could just imagine the many exhibitors from different countries worldwide as well as those coming from different parts of the United States of America. Las Vegas, Nevada, the venue of this huge trade show, has been thronged with business people bringing with them their inventions to flaunt that really matched this place’s sophistication. Too far from what could have actually registered to exhibit their crafts, there are still too many exhibitors to remember in one setting and so this may pound your head one more time to really get their names stick in your head. 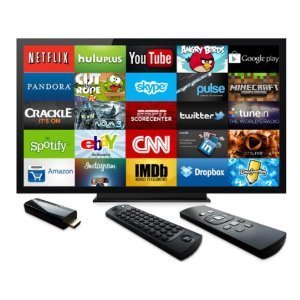 EQUISO, yes, that’s one name to remember. And what does it offer to the public? This is another finger-sized yet quite sophisticated USB that carries with it Android apps that could be enjoyed using your high definition TV. This device is connected via HDMI port. This may sound so simple but the technology behind it is definitely superbly genius. You can do some research about what it can do. Suffice it for now for you to know its name. Again, the name is Equiso. 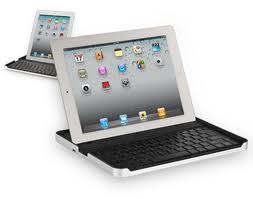 Another exhibitor of high-tech invention in CES 2013 is LOGITECH. You see, some people didn’t like the idea of the iPad not having the capacity of typing or encoding like the laptop or the desktop. Yes, it has keypad but the comfort that the laptop or computer keyboard provides is totally absent in the iPad. Logitech has solved this concern by providing a keyboard cover to your iPad so that your iPad experience has added document encoding and typing feature. Do you see what I mean? I would definitely buy one for its very cheap price of only $99.99.

One more exhibitor to the CES 2013 is iGrill. And guess what it offers to the consumer public? As close to what its name suggests – it’s about food temperature, particularly meat. This device will transmit the temperature of your heated meat to your Smartphone or tablet via its Bluetooth. Isn’t that neat? And just how much is it – $79.99. 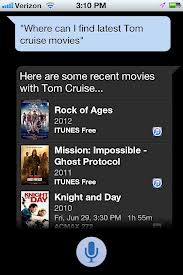 How is it interesting as Veveo? Veveo introduces its invention of a speech-recognition interface. This is not at all a new technology as the Siri has been there for quite some time. However, it has added features that would really stun the world. It does not simply recognize voice commands but it can amazingly recognize the user’s specific intent of asking. That’s Veveo.

Now you may not have really actually encountered a battery that is as thin as a writing paper, have you? IMPRINT ENERGY will certainly surprise you with one. You can just then imagine how flexible can future gadgets become with this ultra thin battery. 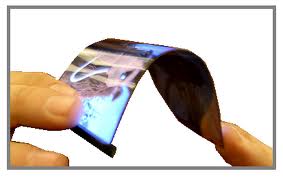 You might have heard of “YOUM”, also an exhibit in this CES 2013. This is the mobile phone screen flaunted by Samsung that can be rolled and unrolled like a paper. Can you believe that? You better do because it actually exists. And this ultra thin battery created by Imprint Energy could really fit into this kind of phone.

5 CompaniesWith so many presenters bringing their high-tech inventions; for the not-so technologically well versed people, it may just be too easy to introduce these company names and their products bit-by-bit. Five at a time will easily get nailed in our memories, and another five new companies to introduce for the next day, and so on and so forth. Remember that there are more to come, so just keep visiting this site and have more knowledge of more companies and their products in this technology industry.

Julius Pacanahttp://www.jonahvsentertainmentcoltd.co.nr
SEO writer/ Academic Papers, etc./ Singer, Performer. I had been writing articles for more than a year now about various topics provided by different online employers, like various sports such as Ultimate Fighting Championships, National Athletic Collegiate Championships covering different sports, e.g. basketball, baseball, swimming, etc; and also about summer olympics, FIFA, and many more. I also write about other topics like ectopic pregnancy, dental cosmetics and technological gadgets (iPhone, iPad, Android). Whatever topic that is being asked of me to write for a certain price, I write. On the sides, I also sing and write songs. So a rising star in the field of performing arts will soon be seen delightfully. I sing classical songs like GRANADA by Agustin Lara, and "STANDCHEN" and the famous "AVE MARIA" by Schubert, etc. and other pop songs. You may visit my website for updates and you can order my CDs online now.