Toshiba has just released its new Satellite series Notebook called L745-S4130. It is a budget-friendly laptop and it has been equipped with so many advanced specifications which includes a 14.0-inch widescreen HD TruBrite LED-backlit display, a 640GB hard disk drive, powerful processor and lots more. Toshiba Satellite series notebook comes with longer lasting crystal clear display that uses less the power of the PC to make it work faster. It also comes with cool gesture facilities such as an ability to pinch, swipe, scroll or rotate through the images on the computer display screen with your fingers.

We have covered the other specs and detailed information about this particular gadget below. 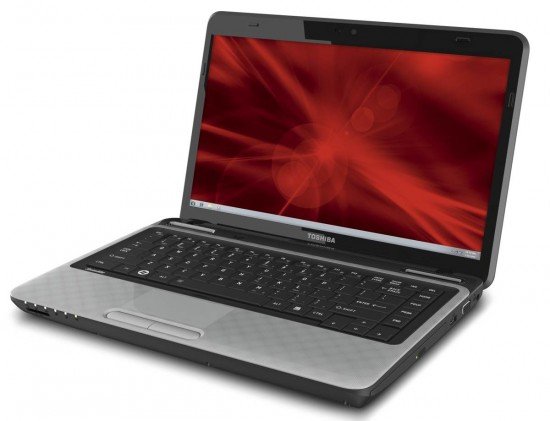 As we said earlier, that the Toshiba Satellite L745-S4130 comes with a 14.0? widescreen HD TruBrite LED Backlit display – the display ensures a 16:9 aspect ratio and it carries a display resolution of 1366 x 768 HD pixels.

It comes enabled with Intel Core i3-2350M processor and it runs on Genuine Windows 7 Home Premium 64-bit SP1 Operating System. This device comes embedded with a Mobile Intel HD Graphics and a 64MB-1696MB of powerfully allocated shared graphics memory. This Notebook is installed with the latest Microsoft Office Starter 2010 for data processing.

When it comes to connectivity, it is empowered with a Wi-Fi Wireless networking (802.11b/g/n), 10/100 Ethernet LAN. And it also has many interfaces for sharing files and data such as the two USB (2.0) ports it has, a Memory Card Reader, one USB (2.0) port with Sleep and Charge feature, HDMI output port and RGB port and many others.