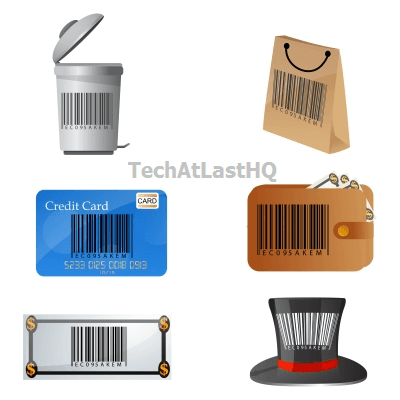 According to Thomas Net, this is the least expensive and simplest barcode scanner that you can buy. It’s durable and doesn’t have any moving parts. But when it’s scanning, it has to touch the barcode, and this can be annoying. If the barcode has to be read over and over, the need to touch the scanner to the code might end up damaging or smearing it, which may make it unreadable. Another issue is that the wand’s powered by a human, and it has to be held at the right angle and moved at the right speed to properly function. This is the best option for someone who is looking for something that’s usable but cheap.

Featured on Barcodes Inc., this scanner is the most popular one. This scanner doesn’t have to be close to the code or touch it to be usable. The scanner, with a standard range of six to 24 inches, is quite versatile, but the scan range is also affected by the size of the barcode. Long range versions of this scanner are capable of reading barcodes between two to eight feet from the scanner. The scanners that are extra-long range are able to read barcodes up to 35 feet away from the scanner. These scanners range in price from $200-$2,000 and have lots of different models to choose from.

Also Read: Quick Response Code: What you need to know about it and why it matters a lot to your business

These kinds of scanners are anchored so that users are able to scan the barcodes using both of their hands. Durable, extremely reliable, and versatile, these scanners boost the productivity of stores to higher levels with minimal effort on the part of employees. These scanners are often seen in self-checkout lanes in retail stores.

This type of scanner is for warehouse and factory applications in which cords and cables restrict free movement. In harsh environments where cables can become damaged and make scanner systems inoperable, cordless scanners are the best solutions. They are also useful in shipping and receiving environments where cables can also deny freedom of movement. They are also useful in retail stores in allowing cashiers to scan heavy and bulky items.

These scanners function in two amazing ways. A hand or ring scanner is worn by someone and then the person activates it either by pointing it at a barcode or by pointing their finger at barcodes while simultaneously pressing their thumb against the trigger that’s at the finger’s base.

Also Read: Mobile Visual Search: QR Codes vs MVS Technology – which should you use?

Two Scanners that are a Bit More Than Scanners

Semicron states that these data terminals are handheld barcode scanners that are battery operated and that store data in their memory to be uploaded elsewhere later. As well as being barcode scanners, these devices have keyboards and LCD displays. The user is able to walk around and scan and key in data while getting responses from their computer with each of their entries.  These combine barcode scanning with palm computing.

Barcode decoders are used for translating a barcode’s information into a format the computer is able to use. Some low-tech scanners aren’t able to decode more advanced barcodes, so it’s necessary to have a decoder. Some users prefer using an un-decoded scanner and a decoder unit so they’re able to remove their scanner for use with portable terminals.

You need to take some time to figure out which of these barcode scanners is the type that will be right for your business. Take a look at what they have to offer and what their prices are, and then think about how you will use the scanner. Then you can figure out which one is going to be the best choice. It’s always a great idea to research your options before making a time consuming and costly choice that may not be the right one for you. Among eCommerce vendors I know, I think Shopify has a wide range of barcode scanners along with a compact wireless barcode printer. When doing your research, don’t forget to pick a barcode scanner that is capable of reading the barcode symbology your business uses.