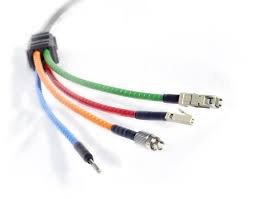 Google Fiber is one of the faster and cheaper internet providers in the US, National telecoms like AT&T have vouched to compete with Google, but we haven’t seen any green-light as touching that. Instead, new and small phone companies are at the fore front in bring fiber internet to America.

Recently, we got a report on The Wall Street Journal that a local telecom firm called Vermont Telephone Co which recently upgraded its ancient network has installed fiber across its service area. Vermont in its plan will offer gigabit speeds internet for just $35 for one month, a half of the charges of the Google fiber service.

What was really funny in the event is that, it was the Google fiber internet that opened way for Vermont. The company got the stimulus fund as part of the FCC’s National Broadband plan. Vermont Telephone Co.’s CEO, Michael Guite confessed that his company was first denied of the federal stimulus fun, but as soon as Google announced the Google Fiber internet, he was called up to claim the fund for the upgrade.

Together with Vermont Telephone Co., over 700 rural telephone firms have been able to upgrade their system to fiber so as to compete with the big ISPs. Now, the local rural runners has started offering better fiber internet services at cheaper rate than even the big guys.

Aside from the fact that gigabit internet are generating, the most encouraging thing is that more rural communities are now having access to cheaper and faster internet. The big ISP firm often ignores smaller communities because of their level of investment. The FCC is even an encouraging factor with the City Gigabit Challenge. A law maker is sponsoring a bill that would make broadband internet readily available at an affordable rate for the poor families and the inhabitants of the rural settlement.

Vermont doesn’t really know if the $35 rate will continue for a long time, but its presently experimenting. That is what we need; experiment can easily lead to national examples for good competition.

Share
Facebook
Twitter
Pinterest
WhatsApp
Linkedin
Previous articleWindows 8 Start Screen – How to Skip and Boot Directly to the Desktop
Next articleHDD vs SSD servers – Which is the Best Storage option for Your Small Business?