In the past, for a team to work together at all, it needed to congregate and be within the same physical location. In the very least, professional teams had to have offices close by, staying in constant meetings through phone calls and physical meetings. They’d have to send each other their progress through detailed reports and faxes. And typically, if a project was to be finished within any reasonable timeframe, it was recommended to work from the same office.

Then the Internet came into play, and video conferencing went from being an expensive corporate tool to something every business could try and utilize. Today we have collaboration software, file sharing technology, instant video calling and meeting scheduling through phones and computers alike – we have the ability to share screens and edit documents in real time, and even trace each other’s progress through big data, performance metrics and more.

As per ComputerWeekly: if you haven’t heard the words video conferencing yet, just wait. It’s growing rapidly, and more and more companies are adopting its usefulness. The capacity for introducing efficiency into a business today is staggering, and location and distance seems almost entirely irrelevant. It doesn’t matter where you are, just how good your Wi-Fi signal is.

Even so, running a team in today’s technological landscape requires more than just a basic understanding of how technology and the means of communication have changed business in the last three decades. While the future is now, now’s most efficient coordination is also accompanied by a rather complex criteria – if you’ve been tasked with getting a digital product or project off its feet by working with talent from New York, Vienna and Mogadishu alike, then you’ve got some work cut out for you.

Video Meeting As A Service Taking The IT World By Storm.

IT teams all over the world speak one universal language with countless dialects: code. While you’ll doubtlessly be tasked to work with team members that possess a skill set similar to yours, their native language will often not be English. Similarly, their sleepy patterns may entirely contradict yours, thanks to the magic of time zones.

Time zones also mean that certain work boundaries need to be defined early on. Find windows of time in a day where everyone can communicate together – and use that time to allot tasks and make decisions, so as to facilitate as much autonomous work as possible. The biggest weakness of a geographically-dispersed team is the decision-making process, and waiting. If one member has to wait for another to wake before making an important choice, that’s time lost.

Following the basics, it’s time to get into the specifics. And part of the specifics is a focus on specifics. In co-located, office teams, detailed tasks and objectives are easily and casually distributed. Instead, these teams get to focus on the big picture together, speaking of roles and goals and asking questions on the way. Virtual teams don’t have that luxury. No matter whether you’re a member or the team leader, it’s important that you discuss what specifically needs to be done, rather than what the overall goal is.

Simplify and break down tasks and important processes as much as possible: consider what the project is, what can be tackled by the team in a week, what everyone should individually work on for a week, and how to check in and detail each person’s progress on a day-to-day basis. Whether you use a joint spreadsheet, video meeting services for IT with providers like BlueJeans or a digital collaboration suite, knowing who’s doing what when and why exactly is essential.

Making the Most of Your Video Call

Finally, you also need to consider your method of communication, and the effectiveness with which you utilize said method. Video meetings are by far the most efficient way of getting together with your team on a daily or weekly basis, whether for status reports or if only to strategize and allot tasks for the day.

However, video meetings aren’t straightforward. It’s still far too easy to miss what others are saying, talk over each other, or be plagued by lighting issues. That’s why it’s imperative that, upon your first meeting, you establish the basic ground rules for technical meeting etiquette so as to ensure a smooth professional planning session.

Ensure that everyone understands the basics of maintaining good lighting in a call by keeping the light behind the monitor and keeping the camera eye-level as per FastCompany, speaking clearly – and slowly – and giving everyone the chance to communicate effectively without being interrupted in the middle of the call.

Finally, the most important step to a good video meeting is to keep it short. By sticking to 15-30 minute daily sessions, you give everyone more time to focus on their daily tasks rather than lose focus in the middle of a long video session. Keep a written follow-up or an interactive to-do list for everyone to keep track of their daily and weekly progress, and watch as you and your team diminish and eliminate project after project with ease.

If you had been thinking exploring video meeting service wouldn’t be profitable for your business growth, then think again! This is the wave of the moment and that’s why I think Video Meeting As A Service will soon be a talk of the day for industry leading experts in the IT industry. So you shouldn’t wait for it, instead, get prepared towards it. 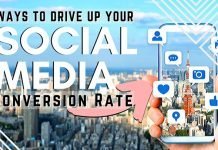 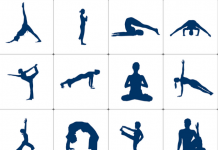 How Artificial Intelligence Is Taking Over the Fitness Industry 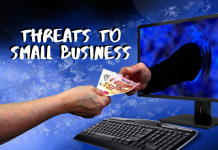