WhatsApp Calls; WhatsApp has finally introduced free call into the ground breaking mobile messenger.  Android users being the first to rock on the latest feature.

Whatsapp arrived as a game changer in the history of mobile messaging being the first cross platform mobile messenger rivaling RIM’s BBM messenger. It’s arrival was attributed to the sudden conversation of the BBM messenger from Blackberry device alone into other mobile platforms.

Looking at the WhatsApp logo, it could have well been concluded that the founders has thought beyond ordinary mobile messaging. It carries a telephone earpiece already.

I wasn’t surprised when I saw the update suddenly appeared on the right corner on my Android whatsapp application, whatsapp has finally done it, I exclaimed the arrival of WhatsApp free calls.

The WhatsApp Call update began beta testing last month on some selected device after which it became available by invitation, and now for all users. Android users are the first to use this free service as iOS, Windows Phone and Blackberry are to expect to see the update later in the weeks. 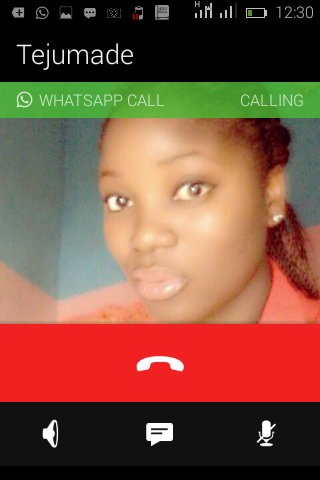 Other services whatsapp will be competing includes; Skype, Viber and Apple iMessenger/Facetime.

The WhatsApp Call feature is available on the updated version 2.12.5 and it is available for download on the Google play store.

Whatsapp was launched back in 2009 as a mobile messenger platform, in August 2013, it added the voice messaging feature as a major update. Facebook in Feb 2014 seeing the future acquired the company for $19 billion and by April 2014, whatsapp hits 500 million monthly active users, 700 million daily photo share, 100 million daily video share and 10 billion messages sent per day. Few months ago, Whatsapp desktop client was launched activated via mobile on Android, iOS, Windows Phone, Blackberry or Symbian S60.

Go try the new whatsapp free call feature and let’s have your feedback.