All Apple computers come with the Mac task manager utility (Activity Monitor). Task manager is provided to help you track the performance of your computer programs.

On the PC, there’s the Windows default task manager, which allows you to get behind the scenes on your computer. If you’ve grown up using a PC, then you’re probably used to hitting ctrl + alt + delete to bring this feature up.

But now that you’re older, perhaps you’ve swapped out your PC for a Macbook. Now, you basically have to relearn how to use a computer, seeing as they have completely different operating systems.

In this article, we’ll discuss what the Mac task manager is, why it’s so important, and how to use it.

What Is the Mac Task Manager?

First things first: there is no such thing as the Mac Task Manager. If you go searching around on your Macbook for it, you won’t find it.

Instead, it’s called the Activity Monitor. So the next time you panic because you can’t find the Mac Task Manager, just remember it has a different name.

Why Is the Activity Monitor Important?

If you’re familiar with the PC’s task manager, then you’ll know that it displays a few important things on your device. If you’re not, we’ll explain here.

On the Activity Monitor, it’ll show several important categories. Read on to find out more about each.

On the task manager for Mac, the first tab you’ll see is “CPU.” This stands for “central processing unit.” For each task, you’ll see a percentage by it. This is how much of the CPU it’s using.

Typically, if your Macbook is running slower than usual, it’s because an application is using too much CPU. So if you’re having issues, check this category first and closeout anything that may be using an excessive amount of the CPU.

The next tab is “Memory.” This indicates how much of your Mac’s memory each application is using; this is percentage-wise as well.

An app that’s using too much memory can also cause a slowdown on your computer. So if your device is being slow, check the memory usage as well as CPU usage for your apps.

You’ll want the memory to display as green. This means enough resources are available. If it’s yellow, it means there’s a limited amount of memory, and if it’s red, it means you’re completely out.

The “Energy” tab indicates how much power each application is draining from your device. If you’re using a Macbook while unplugged, then you’ll want to keep an eye on this tab. Otherwise, you might end up draining the battery much quicker than expected.

If you want to conserve the amount of battery life you have left, you can try closing out the power-hungry apps.

To confirm your Macbook is charging when you’ve plugged it in, check the bottom of the Activity Monitor window. If it’s blue, that means it’s not charging. If it’s green, then it is.

Next up is the “Disk” tab. This category will show you how much data each application is reading from your disk.

Like with the previous tab, if you click on “Network,” you’ll see a graph with two lines. One will show you how many packets you’re receiving per second, and the other will show you the number of packets sent per second.

You may or may not have this tab, depending on your device. The “Cache” tab is available in macOS High Sierra 10.13.4 and later versions.

In this category, it’ll show you the total amount of cached content regarding your local networked devices. This means it’ll display how much content was uploaded, downloaded, or dropped.

If you click on “Cache,” you’ll see a graph. This shows you your caching patterns over a certain amount of time.

How to Use the Activity Monitor (Mac Task Manager)

We’ve told you the different functions of the Activity Monitor. But how exactly do you access it?

There are three ways you can open up the Activity Monitor.

In the future, you can just find Activity Monitor on the dock and click on it directly to open it up without any extra steps.

Use the Activity Monitor to Manage Your Macbook’s Tasks

Now that you know how to use the Mac task manager, you can find any apps that might be using up lots of resources and end them to help your Macbook run better.

With access to this helpful tool, you’ll be better able to run your device in the future. So the next time something seems off, just bring up Activity Monitor and see which tasks are eating up all the resources. Then simply close them!

For more tech information, please take a look at our other blog articles. 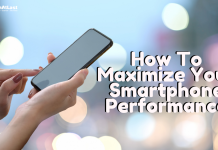 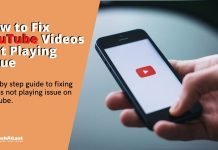 How to Fix ‘Cannot Open Your Default Email Folders’ Error in...