Why Online Security Plays an Important Factor for Online Users in Today’s Virtual Jungle of Internet? 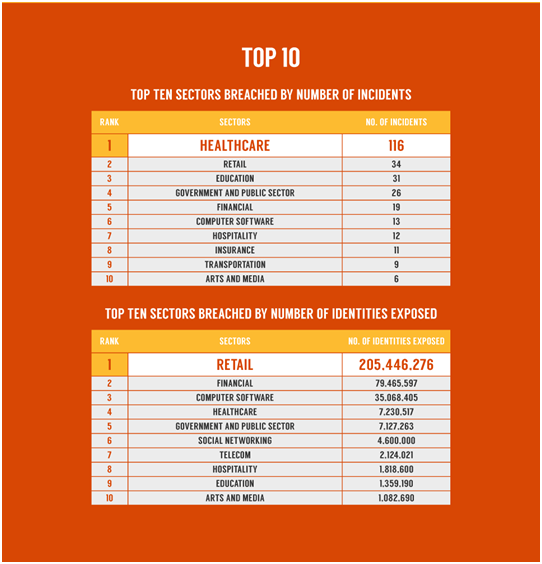 In its infancy the internet was only used by Physicist and Research Academics, but now internet has become an essential part of life. Throughout the world, people are becoming habitual with using the internet. People are getting their work done with computers rather than doing it manually. The Internet is one of the biggest revolutions of our time.

Nowadays, the new trend is for online shopping. From big to small things, you’ll find everything online. People are also getting more advanced with technologies, whether it’s desktop or smartphones, it’s becoming easier to shop online.

As per the surveys done, global ecommerce market is of around US $ 840 billion which keeps on increasing day by day. Among top countries related to ecommerce, USA tops the chart and China ranks second. It’s hard to predict the exact numbers, but in the near future you will see a significant increase. It seems that by increasing amount of internet usage, the world is becoming one of the virtual jungle of internet where everyone is connected to internet technology in one way or another. As the technology increases people’s lives get easier.

Online security is one of the important factor which should not be taken lightly. With internet usage growing, online security is also becoming a major issue. It’s not possible to solve the security issue completely, but it’s our responsibility to take proper precautions. 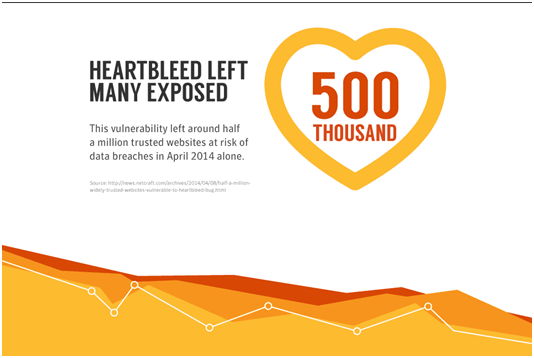 Heartbleed was the biggest vulnerability which literally shook the core of Online Security. It was so intense that it left millions of websites at risk of data breach when it hit in April 2014. Some other shocking vulnerabilities such as Poodle and Shellshock, gave proof that cybercriminals are more aggressive with their attacking tactics.

From 2013 to 2014 data breach took its toll, in many sectors. Whether it’s related to Healthcare or Financial department, everyone saw the loss of data, which leaves their clients at risk.  In 2014, one of the American bank, JPMorgan Chase, even accepted that about 83 million accounts with 76 million households and 7 million small businesses were affected, making this one of the biggest data breaches in history.

Cybercriminals targeted some of the major institutions such as healthcare, retails, education, insurance and many more. Some of the major causes behind these type of severe data breach are Hackers, and in some cases it was likely that accidentally data was made public. 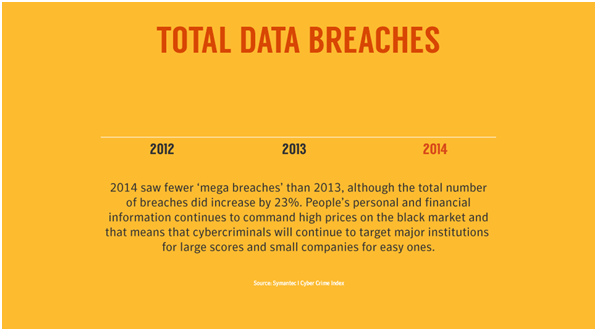 Healthcare industries faced the biggest data breach, it’s obvious that they have the more detailed information of the patients which attracts more attackers. Several attacks have been done on all types of healthcare organizations, and one of the more shocking examples was the case of rural hospital of 22-bed of Southern Illinois, which received an email with stolen patient data. The hackers requested the hospital to pay ransom or else information will be made public.

More shocking was that, the institutes who faced the problem of data breach did not make the news public. It might be that they didn’t disclose it as it could affect their reputation which could lead to distrust from people. As per the survey of 2014 it has been said that around 20% of websites were having critical vulnerabilities when it was scanned.

Cybercriminals are just waiting to get an opportunity to take advantage of people through frauds. Now, closing down the access of Internet is not the solution to this behavior, but taking proper measure and being more secure is the right way to go. In 2014, some of the websites which were frequently targeted are websites based on Technology, Hosting, Blogging, related to Business and Anonymizer. 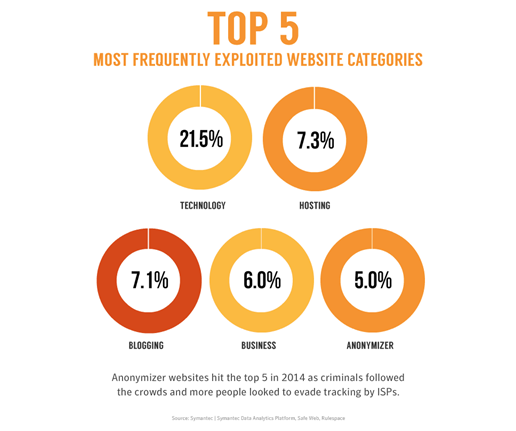 Spam or Spamming: Flooding your inbox with numerous copies of the same email. Mostly, it’s done for the commercial purpose such as advertisement, often for the launch of new product or even some of the bogus scheme. 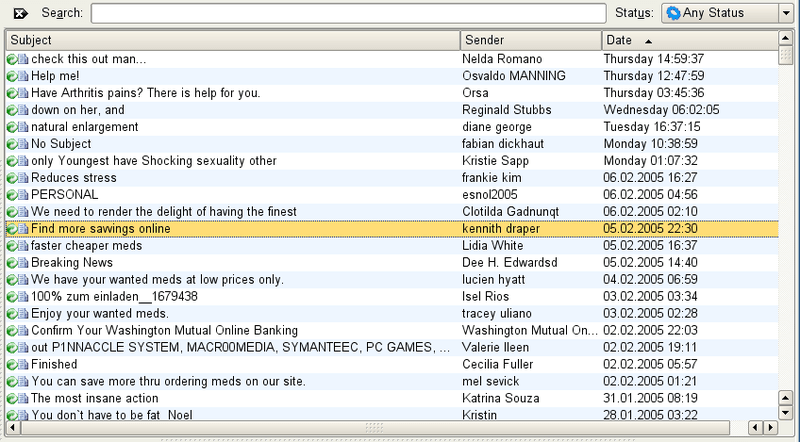 Scamming: Generally used to define any fake business or schemes who takes money on pretext of false promises. Some of the major scams were recorded in few years and most of them took the advantage of social media platform like Facebook, some other popular scamming are like dating websites. 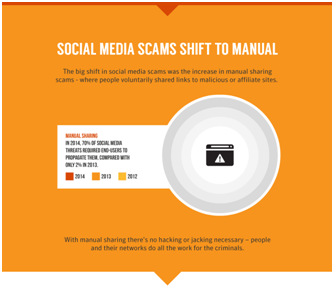 Phishing: This type of attack is done by sending an email with the hope that user will click the given link. Once the link has been clicked and opened, users are then asked to fill up their personal credentials such as passwords, credit card numbers, bank details and much more. 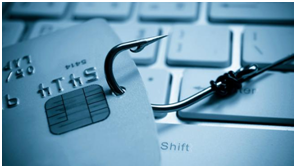 Malware: “Malicious Software,” is any program or file which is made with the intention of doing harmful activity to ultimately damage the computer. Some of the common ones are like virus, worms, spyware or Trojan horse, which are used to get the information of the user without their permission. Here is the graphic of some of the serious malware which hit in 2014. 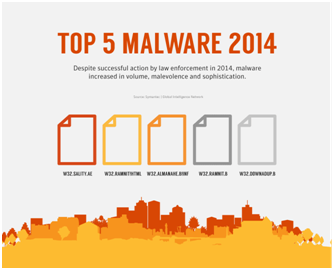 Crypto-Ransomware: It’s one of the other unique type of attack which was seen in this few years. It grew by 45 times more from 2013 to 2014. It usually encrypts your personal credentials and keep the private keys for ransom at some remote site. It’s one of the serious attacks compared to that old one ransomware. 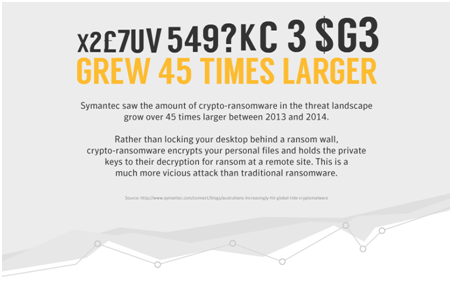 Web security is one important topic which should be taken seriously. All the measurable steps should be taken specifically when the website in question is related to ecommerce. If the website is not secured it will leave their customers at risk as it involves financial transactions. The reputation of the company is also on the line when dealing with transactions which involves money.

There are several ways you can go for, but the most popular safety measure which is taken by ecommerce websites in today’s date is through an SSL (Secure Socket Layer) certificate. It provides you security by encrypting the data and also gives the green pad lock.

Several attacks which happened in 2014, has forced SSL to be stronger than ever. You will see that SSL certificate nowadays use SHA-2 signing algorithm as default. SSL certificates offer numerous advantages, which not only protects your website from attackers, but also gain the trust of your customer.

Why You Need SSL?

The main reason behind using SSL is to provide security to sensitive data. Ultimately only the recipient is the one which can understand and see the real message. Apart from encryption, it also offers an authentication, which means the information you are sending is safe and is sent to the correct server.

In order to know that you are on safe website, web browser gives certain visual clues in URL bar, in order to gain the trust. Some of them are like a lock icon, green padded bar and the major companies use extended validation type of certificate which also provide the name of the company in green bar.

Where & What to Look for SSL Certificate:

I would suggest that you better go with SSL2BUY. They are a leading reseller of the SSL certificates in the whole world. You will get some of the best deals, as they purchases in bulk from all the major companies – Symantec, GeoTrust, Thawte, Comodo, GlobalSign, and RapidSSL.

As they purchase in bulk quantity, they get huge discount which they share it among customers. Moreover, you will get the best support which is necessary as questions can arise at any time while installing the certificate.

Recent breaches and flaws detected in SSL security system has brought about an upgrade from the most common Secure Socket Layer security to Payment Card Industry (PCI) Security Standards Council’s latest Data Security Standard (DSS) 3.1 which is due to be rolled out mid-month, and it will mandate businesses; small scale, medium-sized and large corporation, that make use of the system in accepting payment and processing data online move away from SSL web encryption because it is no longer considered secure and strong enough as before.

This step to retiring and upgrading Secure Socket Layer to PCI DSS 3.1 is in a swift response to some of the most notable security breaches recorded last year such as Heartbleed, ShellShock, and Poodle etc. which uncovered several flaws in the SSL web security layer. Read the article here for more information on online security breaches and steps taken to reduce them by Payment Card Industry.