Why should Apple Embrace Social Media?

Social Media is a form of online media that is used by a community of people who communicate with each other via talking, participating, sharing, networking or bookmarking digital content on a common platform. It can be exemplified by popular sites such as – YouTube, Flickr, LinkedIn and Facebook. 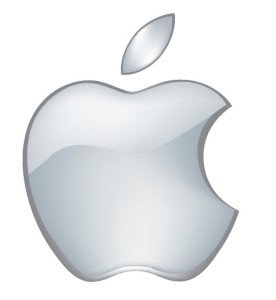 Day by day, such Social Media sites are becoming a crucial tool in expanding business. It is the latest tool used by businesses to get to know their users on a personal level. Customers prefer these sites to share their experiences about a particular product or service due to a higher degree of interaction with fellow users on these sites. Social Media is thus, a wonderful channel to involve customers directly into the core-processes of a business by getting feedback from them in real-time.

Facebook is the most popular social networking site in the world with over 800 million users and multiple features and functions that involve active participation of its users. It is becoming a primary hub of entertainment as it provides its users with a lot of options to use and share media in various forms.

For instance, using Spotify, iheartradio and TuneIn, the users can play and share their music directly with their friends. Also, Facebook enables the discovery, sharing, buying, and renting of movies, and TV shows via Netflix, IMDB, Dailymotion and Flixter. Thus, it is changing the rules of how digital content is provided to its users, how they are able to use it and the various ways in which they can share the experience with fellow users in real-time.

With features such as – the ‘like’ and ‘share ’options, it provides its users with a high degree of interactivity. For example, if my friend is listening to a certain kind of music, I can view it via his/her profile or on my news feed and respond to it instantly.

Social media was always the next big thing, and Facebook, as well as, other platforms like Google+ are leveraging its full potential to derive the maximum benefits in terms of profitability. They are slowly but surely threatening the space inhabited by Apple, and there is absolutely no doubt that if Apple wants to improve user experiences, it needs to get onto the social media bandwagon.

Apple – where does it fit in the Social Media scheme of things?

Apple is one of the world’s most renowned brands. It has a steady and an ever growing number of followers, consisting of those who already own Apple products and those who want one. But there are still others who are fence sitters and don’t know whether an Apple device like the iPhone or the iPad will be a good idea for them or not.  If it were to have its own Social Media site, it could convert non-users into users quite easily. After all, who does not want to have an Apple product?

The strategy followed by sites like Facebook at the present i.e. directly involving customers in decision making; Apple has been doing it for years by focusing on customer experience ahead of anything else and delivering great products that are much talked about. This can be the reason that even though Apple does not have any Social Media affiliation as of now, it is still topping the popularity charts.

But it is imperative that Apple becomes a part of Social Media if it wants to remain competitive (this is of course my personal opinion). It can do this by integrating its services and features and giving them the power of social media. For instance, it can unify its hardware and software services on one single platform, which can be used to boost its sales. It can integrate iTunes, email, notifications, PING, FaceTime and iCloud to build its very own Social Media site, targeting a wider customer base.

Also, at present, Apple offers its products and services on an individual level. Suppose I am buying a song from the iTunes store, then my purchase is only limited to me. But with the advent of Social Media, I would be able to add the purchase to the list of my favorites and share my purchase with other users on my network. This will in turn, publicize my purchase and the users in my network, might end up making the same purchase (and some more), thereby increasing the sales.

Apple’s Social Media site could consist of –iPod, iPad, iPhone, Apple TV; the iTunes Store, the App Store and various content ranging from music to movies, games, books, magazines, newspapers and what not! All these contents could be available on the Apple device of your choice.
The iCloud feature will enable you to enjoy the content and share them irrespective of the time and place. For example, I am playing a particular game on my iPad device. I leave it midway and continue playing it from a different location on my iPhone device and share the experience with my friends from it.

Also, remember the fact that Apple already has the credit card number of its iTunes users? Hence, it would be easier for these users to make purchases related to music, movie or other apps on a wide scale via its Social Media site.

Apple is known for making its products chic, simple and elegant; be it the devices or the iTunes and so, we can expect it to be a top contender for the ‘Social Crown’, on these very lines.

We may draw the conclusion, by viewing the aforementioned factors, that social media sites like Facebook are posing a stiff challenge to Apple’s turf. To curb this immediate competition, Apple – which is known for its loyal users and huge fan base, must enter the Social Media market with an elegantly designed Social Media site, combining its unique products and services and directly interacting with the use community.

Alicia Carter
Alicia Carter is iPad app development expert working with PerceptiveMobileApps. When she finds time, she likes to read about the latest mobile technology and writes her views on them.