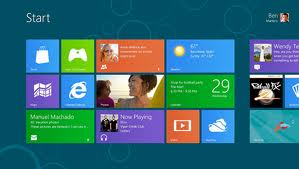 The Windows 8 launched just last month, and ever since, app developers has been making headway into the Windows store developing Windows 8 apps. On Tue in an announcement, it was reported that the app store had crossed the 20,000 mark and most of the apps are offered for free. The population may seem smaller than the 700,000 in the Apple store and the 600,000 apps in the Android market. For a start, the Microsoft app store number is a breakthrough.

Wes Miller, who had been watching the store for some times now, announced on Tuesday that the Windows 8 apps in the Microsoft store had shot above the 20,000 mark. As he observed, about 87%, almost 18,000 of the Windows 8 apps are offered free.

This release is tapped from the Microsoft worldwide store, but based on region, the number of apps differs, and for example, about 14,000 stuffs are there in the Canadian Windows 8 app store, as the US store archives 12,675, the UK Windows 8 app store has some 11,000.

According to a report by The Next Web, almost 500 apps are being added to the Windows store each day; the rate of growth is fascinating.

As the growth is steadily moving, the Windows 8 app store could hit 40,000 by the end of the year. More so, it is expected that the number will keep jumping as more buyers will be purchasing the Windows PCs and smartphone this holiday season.

The Windows 8 launched on Oct 26, and it is expected that Microsoft should hit 100,000 programs in the Windows 8 app store in 90 days; this is possible provided the acceleration keeps moving.

It might be so confusing comparing the Windows store to the Apple and Android market, as the latter powers mobile devices. The Windows store can be checkmated with the Apple’s Mac app store. As the registers were checked between Jan 2011 to Apr 2012, just about 10, 000 apps had made it to the Mac outlet.