The Workstation Laptop is a Powerful, Sleek, and Secure must-have for any Professional 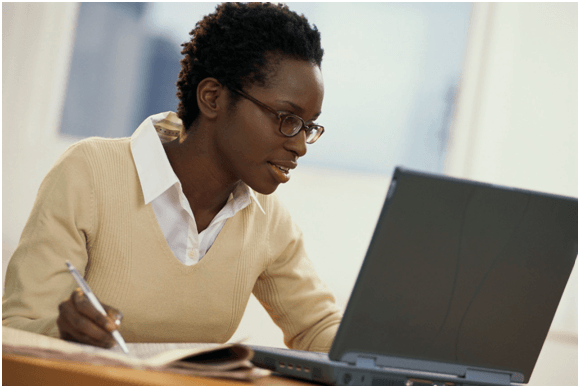 Working in a cubicle or at a desk for 90 percent of the workday is still a reality for many professionals, but the idea of static work and 9–5 interactions is quickly dying out. We’re a country of increasingly mobile, versatile work forces that need to adapt and work in non-traditional methods and environments. And much of this shift has been accommodated and even hastened by workstation laptops. These powerful devices are the next step in evolution for full power, portable computing technology.

One of the most important things that differentiates a workstation from a traditional laptop is the fact that they pack all the power of a desktop. From storage space, to memory, to graphics cards, their hardware is equivalent to most desktop models used in the workplace. Features like Intel 7, 4 GB DDR3L, 500 GB HDD, and Windows 8.1 upgrades mean you can run multiple applications and access resources on your cloud network quickly and easily (and whenever you need to) without having to worry about limitations.

When laptops first arrived on the scene they were portable only in the most vague sense of the term: still heavy, clunky, and awkward. Today’s workstation laptops are much more portable, and now boast lightweight, ultra-thin, magnesium allow designs. Although they’re reduced in size and weight, the screens aren’t—in fact, many cutting edge screens are bigger and clearer than ever, using HD LCD displays. By striking this perfect balance between form and function, workstations are the ideal computer when you’re away from the office.

Formerly, laptops were next to impossible to upgrade, especially if you were trying to update them on your own. These days,you can upgrade and customize your workstation to your liking, both before and after you purchase it. If you want to give it more RAM or a new graphics card, there isn’t much stopping you thanks to their simplified design. This helps keep your workstation up to date with new technology. As most professionals know, there’s nothing worse than purchasing a computer only to have it become obsolete only a year or two later.

Early laptops used to consume energy at stunning rates; it was a common frustration to find your computer run out of power when you needed it the most. Workstations of today are much more energy efficient, especially when you trust to an eco-conscious company like Toshiba.

Toshiba’s products will allow you to work longer before having to worry about replacing batteries, which are of a much higher capacity compared to older models. In fact, mobile workstations from Toshiba are often E-Peat certified, too, giving your new investment a green stamp of approval for extra sustainability!

This company is at the forefront of eco-friendly technology, so finding a laptop or other business-related device from Toshiba also means investing in ethical technology — the responsible choice for all forward-thinking industries.

If you’re worried about workstation laptops being less secure than a desktop, then don’t be! New security features like the fingerprint reader, SIM card technology, and other safeguards make sure that your data is secure at all times. That being said, remember not to install new programs on your computer without the approval of your IT department, just to be extra safe.

Unlike smartphones, tablets, and other mobile devices, workstation laptops pack the power necessary to run serious programs simultaneously. However, unlike traditional models, new business versions are lighter, sleeker, and with a greater focus on portability and security. This makes them the ideal desktop and cubicle replacement, and the ideal devices for those who spend their workday on the move instead of in the office. Check out the wide range of options currently available and upgrade to the latest and greatest in workstation technology!